Why does this leading “non-profit” atheist organization (FFRF) keep so much of the pie for itself? 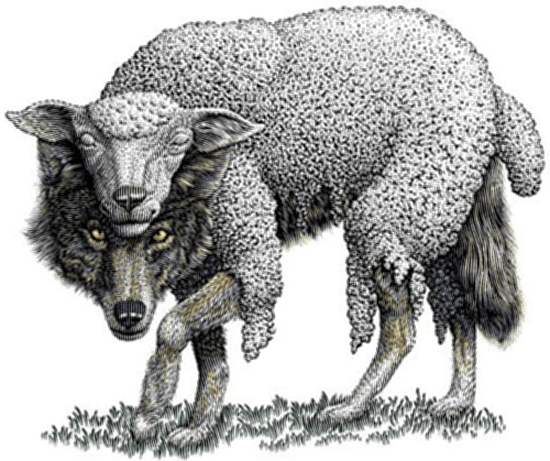 The Freedom from Religion Foundation (FFRF) (and their employees) lead newsworthy anti-Christian campaigns against schools, government bodies, religious organizations, and anyone else they feel violates their atheistic (or as they would call it, non-theistic) principles. Outwardly, they claim to fight for the separation of church and state using the Establishment Clause as their primary tool. However, upon closer examination, their attacks often have no clear relationship to separation of church and state but rather, are targeted attacks against Christian principles we hold dear.

For instance, FFRF attorney Sam Grover, under the cartoony moniker “GodlessGrover” refers to Christians as “Xtians”, publicly rages against “scumbags”, and goes off-track with threats to go after schools who make students stand for the Pledge of Allegiance. FFRF attorney Andre w Seidel similarly runs amok behind a stream of sensationalized tweets and retweets from The Church of Satan, The Satanic Temple, and questionable news sources while trying to convince others that the bible contains no history and Christians are ignorant.  That FFRF and its personnel have no grudge against Christianity (and religion in general) is hard to argue.

But hateful, distorted rhetoric could be just what practicing atheists want to hear to strengthen and solidify their beliefs… Or FFRF’s twisted arguments may be nothing more than a hook and line to snag gullible outsiders willing to hand over dollars (for a tax deduction) to their perceived white knight.

When a non-profit enriches its leaders…

Variously classified as a “Christian” or “Education and research” organization, FFRF is a bona fide 503 c(3) non-profit organization. This means that in return for exemption from federal income taxes, individuals in the organization may not profit from its activities – and any revenue it generates is to be used to improve services consistent with its stated mission.

Although governed by an executive board, FFRF has been effectively controlled by a married couple, Dan Barker and Annie Laurie Gaylor, for more than a decade (at one time, nearly half the board was composed of married couples). Barker and Gaylor profit handsomely from FFRF. At the time of this writing, the couple’s combined income and other compensation from FFRF totals just under a quarter-million dollars annually – nearly five-times the median household income in the United States.  Who knew working for a non-profit could be so profitable.

The organization’s money-mongering extends beyond salaried personnel. Almost every year since 2010, the organization’s excess funds (i.e. “profit”) have exceeded $1 million dollars. This allows FFRF to accumulate profits rather than redistributing like a traditional non-profit. Even odder, FFRF’s total accumulated assets continue to grow even during periods when the organization’s net income is falling.

Think I’m exaggerating? Few recognize FFRF is a really a small organization with only around $4 million in annual revenues – not much more than your typical local children’s athletic league. Yet they retain $15 million in net assets making it appear more like an empire building project than a non-profit intent on using their members’ contributions to help others.

What should Christians do when under attack?

It seems atheists will continue throwing dollars into a money pit as long as they believe their vengeful cause is supported.  How can Christian’s counter FFRF’s attack?  Get involved. Check Bible Blender for updates on FFRF activities (FFRF articles tagged here) and take the time to write participants, lending support and offering assistance.  Then spread the word – the atheist’s leading “white knight” looks (and acts) more like a wolf in sheep’s clothing.