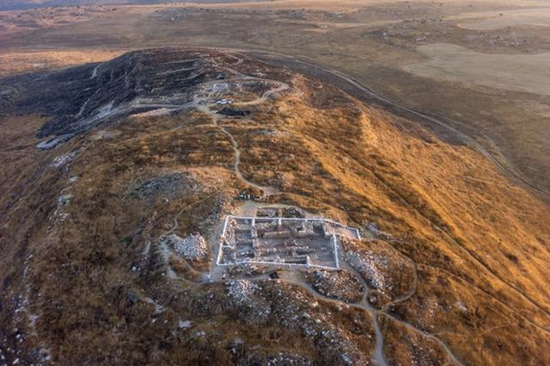 The bible tells us the United Monarchy (aka Kingdom of Israel) was the Israelite kingdom of Israel and Judah during the reigns of kings Saul, David, and Solomon. Historians have long argued that the kingdom described in the Bible never existed because little hard evidence supports the Bible’s account of the United Monarchy. Today however, surprising new evidence has emerged linking the Tel Eton site to King David’s kingdom.

A brief history of the Kingdom of Israel

Tradition dates the Kingdom of Israel to between 930 and 1050 BC – about 3,000 years ago. The kingdom was created when the independent Israelite tribes, ruled by leaders called Judges, banded together under a single king. As citizens demanded a central leadership hierarchy to help protect against enemies, Samuel anointed Saul from the tribe of Benjamin to be king. The next king, David, strengthened the kingdom before the reigns were turned over to his son, Solomon, who ruled from 961 to 922 BC.

Historians and archaeologists have long debated the existence of the Kingdom. Other than a 3,200 year old Egyptian stele that contains the word “Israel”, few written records mentioning the kingdom exist. As often seen in scientific circles, if no evidence exists for something, that something itself does not exist. Thus to many historians, the Kingdom of Israel was nothing more than a myth. Now they must rethink their stance.

In March 2018, the journal Radiocarbon announced findings from a site in Israel called Tel Eton. Tel ‘Eton is a 15-acre site strategically situated at a juncture where an ancient north-south road connected the Beersheba Valley with the Ayalon Valley and where several east-west roads connected the coastal plain with Mount Hebron.

The announcement centered around the discovery of a massive house constructed partly of ashlar stone. According to archaeologists:

“The house is located in the highest part of the mound, in an area which dominates large parts of the city as well as agricultural lands and roads below it.”

Archaeologists radiocarbon dated four artifacts from the home – two pieces of charcoal and two olive pits and determined that the home was around 3,000 years old – the time the Bible tells us the Kingdom of Israel ruled the area. The home is among the largest 1% of buildings that existed in the region at the time and is fortified to defend against attacks. Obviously the home belonged to someone important in the region.

Other digs in the area near Jerusalem have found similarly fortified encampments suggesting the existence of a larger kingdom during the time of Kind David. This new find at Tel Eton adds further credence to the biblical account of King David’s kingdom.