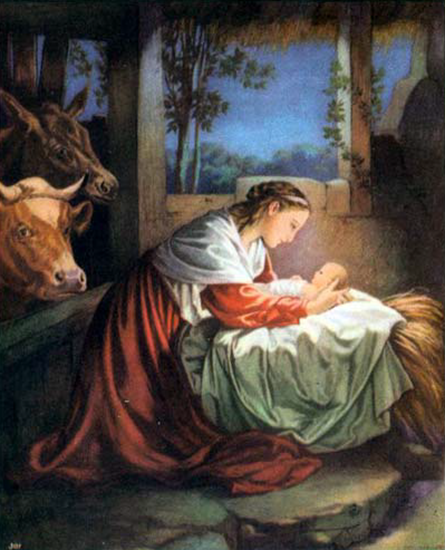 Setting the stage for the story that follows

The introduction in Matthew sets the stage for the story to follow and serves the purpose of identifying Jesus as a descendant of Abraham and David in order to demonstrate the fulfillment of God’s promises to Abraham and David.

The Bible in context – an old society with a different view

Genealogy was important to the people of Matthew’s day (heirs were essential and family traditions ran deep) and the Jewish people were likely waiting for the fulfillment of God’s promises made to Abraham (e.g. the gift of the land of Canaan and the promise of becoming a great nation) and in particular, David.

It may help to recognize the contextual differences between biblical understanding in Matthew’s day versus our modern-day context. Today we have a complete picture – the biblical story from beginning to end (or more accurately, nearer to the end). In Matthew’s day, they only had part of the story. At the time, people lived under a set of promises made by God in the Old Testament. The ancient Jewish people were waiting for fulfillment of those promises and the arrival of the messiah (some estimate the number of Messianic prophecies in the Old Testament to number in the hundreds). They expected the messiah to be a descendant of David – and they were likely anxiously awaiting the day the messiah would be born. When that day finally arrived, they would have first looked for fulfillment of the Davidic and Abrahamic promises and then asked, “Was he related to the rightful line?”

The promises made to David in particular, were very clear cut, precise, but to the people of Matthew’s day, probably puzzling in some respects. As documented in 2 Samuel (and mentioned again in 1 Chronicles and 2 Chronicles), God told David (through Nathan) that Israel (God’s “chosen people”) would settle (reaffirming the promise made to Abraham) and that a “promised seed” would be a descendant of David and that this offspring of David would build a house for God that would last *forever*. It is this particular point that makes God’s promise so outstanding and unimaginable. An everlasting kingdom was unheard of (and still is).

God also told David that the “promised seed” would be God’s son and that God would be his father. Surely this begged the question, “How could a person be both the son of David and God?” God went on to explain that this offspring would be punished, flogged by human hands, and that God would love him forever – all important clues in the identification of the upcoming messiah.

It is important to recognize that the promises made to David were unconditional – no conditions of obedience were required for fulfillment of God’s promise. In short, the “promised seed” was to arrive on Earth no matter what humans did.

These promises have come to be known as the Davidic Covenant and could be summarized by four important words that Christians to this day hear time and time again: (1) house: a dynasty formed from David’s lineage, (2) kingdom: people would be governed by this new “king”, (3) throne: his authority would be all-encompassing, and (4) forever: his rule would last through eternity.

Matthew’s grouping of generations into three groups of fourteen

In the last verse, Matthew notes that the genealogical list he presented can be grouped into three groups of fourteen. It is unclear why he chose to do this but scholars have offered several explanations. In Matthew’s time, numbers were often used to represent words or names with each word or name being represented by a specific number. According to gematria (the practice of assigning numerical values to letters), the value of David’s name (in Hebrew) was 14. Matthew may have been offering a “balanced” view of the genealogy of Jesus and chose the number 14 as the means to represent that balance.

Why does Matthew’s genealogy differ from Luke’s in some instances?

Scholars recognize that Matthew’s list is incomplete but are unsure why he chose to omit some names while including (or mentioning) others. Matthew’s list may have been constructed to make it easier to remember. For instance, it is widely known that the names of three kings were omitted (Ahaziah, Joash, and Amaziah). It was not uncommon for Hebrew genealogists to skip generations or arrange them in groups for ease of memorization.

Matthew’s genealogical list may have been constructed to emphasize Jesus’ royal lineage (compared to Luke who focuses on Christ’s biological lineage) or it may have followed the “legal” line (with allowances for adoptions, levirate marriages, or transference of inheritance rights) rather than the biological line. Or possibly Matthew’s list was simply constructed as a brief synopsis of Christ’s lineage.

To modern readers, the mention of four women in the genealogy does not stand out but indeed, it is surprising given women’s lowered status in old world societies. Even more surprising, the women Matthew notes were not women you would wish to stand out. Tamar and Rahab’s were chronicled in the Old Testament as “harlots” while Ruth was the daughter of the hated Moabites.

What do we know about Matthew and the sources he used for Jesus’ genealogy?

The biblical book of Matthew is believed to have been written sometime between 80 and 90 AD and given its writing style, is thought to have been penned by a highly educated Jew. The author of the book of Matthew is anonymous (not mentioned in the text) but about 40 years after Matthew was written, early church leaders attributed its authorship to the disciple Matthew. This is difficult to ascertain however, because none of the documented events seem to have been written by a first-person witness.

Because the book of Matthew contains content from the book of Mark along with additional, supplementary material, some theologians theorize that Matthew may have used the book of Mark and another source (e.g. the “Q source” or “logia”, a hypothetical document or oral collection of Jesus quotes) as the basis for his writing.

The origin of the name “Jesus Christ”

The word “Christos” means “Messiah” or “anointed one”. The term was used primarily to describe kings, priests, or prophets. Matthew uses the term to emphasize Jesus’ role. The term continued to be used as such through the first century AD and gradually evolved to become the proper name “Jesus Christ”.

The genealogy of Jesus was not merely an invention created by the early church. It was documented previously in the book of Romans which was written decades earlier than the book of Matthew, around 56-58 AD (the book of Matthew was believed to have been written around 80-90 AD). In addition, it is known that first-century Jews kept rigorous genealogical records. Jewish historian Josephus referred to these “public registers” as sources for some of the information he used in his historical writings. In fact, Matthew’s genealogy mentions a few names (e.g. Zorobabel or Zerubbabel and Abiud or Abihud) that appear nowhere else in the bible.  It is certainly within reason that Matthew used “public registers” in the construction of Jesus’ genealogy.

1 This is the genealogy of Jesus the Messiah the son of David, the son of Abraham:

11 and Josiah the father of Jeconiah and his brothers at the time of the exile to Babylon.

16 and Jacob the father of Joseph, the husband of Mary, and Mary was the mother of Jesus who is called the Messiah.

2 Abraham had Isaac, Isaac had Jacob, Jacob had Judah and his brothers,

3 Judah had Perez and Zerah (the mother was Tamar), Perez had Hezron, Hezron had Aram,

4 Aram had Amminadab, Amminadab had Nahshon, Nahshon had Salmon,

5 Salmon had Boaz (his mother was Rahab), Boaz had Obed (Ruth was the mother), Obed had Jesse,

7 Solomon had Rehoboam, Rehoboam had Abijah, Abijah had Asa,

9 Uzziah had Jotham, Jotham had Ahaz, Ahaz had Hezekiah,

10 Hezekiah had Manasseh, Manasseh had Amon, Amon had Josiah,

11 Josiah had Jehoiachin and his brothers, and then the people were taken into the Babylonian exile.

12 When the Babylonian exile ended, Jeconiah had Shealtiel, Shealtiel had Zerubbabel,

13 Zerubbabel had Abiud, Abiud had Eliakim, Eliakim had Azor,

14 Azor had Zadok, Zadok had Achim, Achim had Eliud,

15 Eliud had Eleazar, Eleazar had Matthan, Matthan had Jacob,

16 Jacob had Joseph, Mary’s husband, the Mary who gave birth to Jesus, the Jesus who was called Christ.

1:1 This is the record of the genealogy of Jesus Christ, the son of David, the son of Abraham.

1 THE book of the generation of Jesus Christ, the son of David, the son of Abraham. 2 Abraham begat Isaac; and Isaac begat Jacob; and Jacob begat Judas and his brethren; 3 And Judas begat Phares and Zara of Thamar; and Phares begat Esrom; and Esrom begat Aram; 4 And Aram begat Aminadab; and Aminadab begat Naasson; and Naasson begat Salmon; 5 And Salmon begat Booz of Rachab; and Booz begat Obed of Ruth; and Obed begat Jesse; 6 And Jesse begat David the king; and David the king begat Solomon of her that had been the wife of Urias; 7 And Solomon begat Roboam; and Roboam begat Abia; and Abia begat Asa; 8 And Asa begat Josaphat; and Josaphat begat Joram; and Joram begat Ozias; 9 And Ozias begat Joatham; and Joatham begat Achaz; and Achaz begat Ezekias; 10 And Ezekias begat Manasses; and Manasses begat Amon; and Amon begat Josias; 11 And Josias begat Jechonias and his brethren, about the time they were carried away to Babylon: 12 And after they were brought to Babylon, Jechonias begat Salathiel; and Salathiel begat Zorobabel; 13 And Zorobabel begat Abiud; and Abiud begat Eliakim; and Eliakim begat Azor; 14 And Azor begat Sadoc; and Sadoc begat Achim; and Achim begat Eliud; 15 And Eliud begat Eleazar; and Eleazar begat Matthan; and Matthan begat Jacob; 16 And Jacob begat Joseph the husband of Mary, of whom was born Jesus, who is called Christ. 17 So all the generations from Abraham to David are fourteen generations; and from David until the carrying away into Babylon are fourteen generations; and from the carrying away into Babylon unto Christ are fourteen generations.