Fallen religious leaders – when your faith is shaken by another, ask yourself – “Who’s really in charge?”. 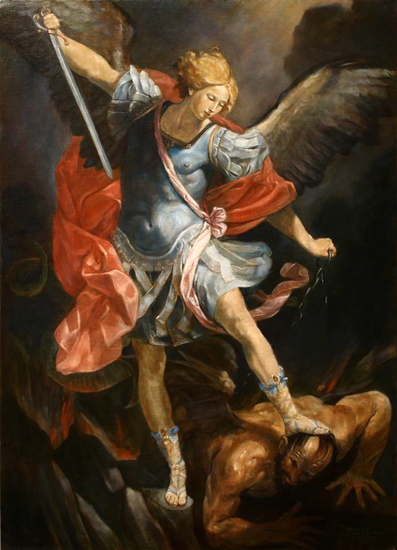 When a religious leader or anyone else you hold in high esteem falters, it is only natural to be disappointed, saddened, and hurt. But it is weak allow their faith to be shaken by the acts of someone else. The Bible is clear, not just that Satan lies, but that his deception is unparalleled. 2 Corinthians 4:4 tells us that he is capable of blinding others “to keep them from seeing the light of the gospel” while 2 Corinthians 11:13 adds that Satan often “disguises himself as an angel of light”. Christians should understand that Satan will try to worm his way to them in ways we cannot imagine.

It’s not just sinners who succumb to Satan’s draw. Christians are especially attractive targets. Romans 10:17 explains that “Satan snatches the word because he hates faith which the word produces.” The ethereal force we call “evil” permeates all around us, an invisible fabric always ready to snare the unsuspecting. It tempted Jesus for forty days to abandon his path of righteousness and successfully ensnared one of the Jesus’ beloved disciples (Judas). It Satan was able to conquer one of Jesus’ twelve disciples, is it so hard to imagine our modern-day religious leaders can succumb to the same?

When a religious leader bends to Satan’s will, it is especially damaging. Fallen religious leaders may suffer the ultimate punishment for their failure. In Judas’s instance, it resulted in a horrific death, likely with eternal consequences. But when influential religious leaders fall from grace, their followers may also lose faith which in truth, is an extension of Satan’s attack against the religious leader. A “two-for-one” sort of attack – if we let it be.

Christians must remember that religious leaders are merely teachers of God’s word. They help teach us and rally us around the Word of God. They should set an example of proper behavior, but they are human and just as vulnerable as anyone in the congregation. Given that their purpose opposes Satan’s objective, maybe more so.

When religious leaders fall from grace, we cannot fall with them and must disregard our anger, even when their sin unjustly harms those around them. I’ve written many times that Christians must remember that suffering is often the norm, not the exception for believers. We must let go of the pain, the anger, and loathing and know that God will deal with sinners. And as seen with Judas, the consequences for those who are supposed to inspire faith but instead serve to harm it, can be the worst punishment imaginable.

There will always be direct conflict between good and evil. Jesus told us, “the thief comes only to steal and kill and destroy – I came that they may have life.” The dichotomy will always exist and Christians must maintain faith, no matter how difficult. Recall the words written in 1 Corinthians 15:58:

“My beloved brethren, be steadfast, immovable, always abounding in the work of the Lord, knowing that your toil is not in vain.”