If you don’t believe prayer works, you are naive. Even science shows benefits of prayer are real. 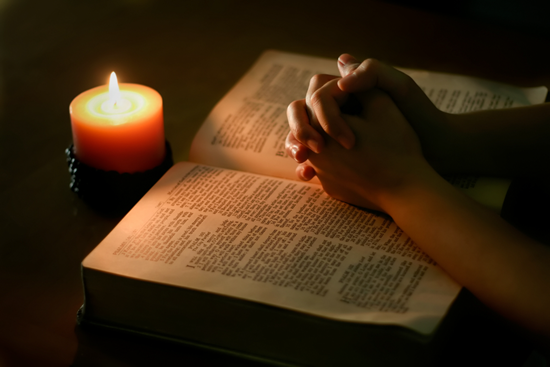 Christians know that prayer works – they see its power demonstrated every day in their lives. Still, skeptics decry prayer as folly, a wistful effort to wish away problems or magically influence future events. They are naive. Scientific evidence has demonstrated repeatedly that prayer and the psychology behind it truly work.

Through various research studies, science has proven that there are many benefits realized from praying. Below are some of the benefits along with the supporting scientific studies.

Prayer reduces stress – if done for the right reasons

Most Christians pray for others more than they pray for their own benefit. In June 2012, the International Journal for the Psychology of Religion published their research findings in a study titled Prayer and Subjective Well-Being. They found that prayer for self-benefit, prayer for riches, beauty, and personal gain, had no impact on stress levels. However, people who prayed for others were found to be less impacted by stress.

Prayer increases trust in others and promotes unity

A 2012 American Psychological Association study titled Praying Together and Staying Together, used two control groups – one group who prayed together and a second group that discussed positive news stories. Researchers found that people who pray together, such as families, church assemblies, and prayer groups, developed better feelings of unity and trust than those who simply gathered together to discuss uplifting topics.

Motivating Change in Relationships, published by Sage Journals in December 2009, introduced an unexpected benefit of prayer. Prayer improves relationships and bonding. Their study showed that praying for a partner alleviated concern for the praying person by projecting their concern onto others. This promoted greater willingness to forgive, increase in selfless concern, and healthier relationships.

Self-control is hard, and studies show that just like physical exercise, self-control is physically fatiguing to the body making it difficult to sustain beyond short periods of time. The Journal of Experimental Social Psychology published a study in 2013 titled Personal Prayer Buffers Self-Control Depletion that proved the willpower-strengthening impact of prayer. In the study, researchers found that prayer prior to a mentally exhausting task improves a person’s ability to complete the task. Furthermore, they found that prayer can even help people through seemingly impossible tasks such as reducing drug dependency, reducing alcohol consumption, and improving exercise behaviors.

Prayer makes you a happier, kinder, and nicer person

Studies show that people who pray for others exhibit reduced levels of aggression making prayer an excellent anger management tool (Effects of Prayer on Anger and Aggression, Personality and Social Psychology Bulletin, March 2011).

Praying forces us to visualize the positive outcome we are praying for, a form of positive thinking which has proven powerfully beneficial to a person’s sense of self. In a March 2016 study published in the Journal of Behavior Research and Therapy, researchers monitored a control group who were told to visualize a positive outcome to an event. The participants were found to show greater levels of happiness, better restfulness, and decreased anxiety.

Given that prayer has been proven to make a person happier, we can extend the finding through studies that show happy people are more successful (this is in direct contrast to success making a person happy). Researchers found the happiest people owed their success to optimism and a positive outlook (Psychological Bulletin, December 2005)

Sage Journals published a study in December 2009 (Motivating Change in Relationships) which found those who prayed for others were more willing to forgive that person for transgressions. This supports one of the primary, but most difficult tenets of Christianity – forgiveness.

There are dozens of “methods” claiming to be cure-all means for escaping stress’s deadly grip. But research shows that the best method to cope with stress is to change your way of thinking about it – and prayer does just that. Prayer lets us isolate stressful situations by placing trust in God to help resolve the situation. Prayer calms us, removes worry, and as a result, removes long-term stress from our lives.

Researchers at the University of Kentucky devised an ingenious means to research the long-term impact of prayer. A 2004 study (Nun Study Positive Emotions in Early Life and Longevity) analyzed diaries of nuns written in 1930 and rated them on a scale of positivity. Sixty years later, researchers sought the nuns that were still alive to follow up. Their findings: Half of the nuns had lived beyond the average life expectancy and *all* of those who scored high on positive thoughts lived longest of all. Prayer not only improves you health, it extends your lifespan.