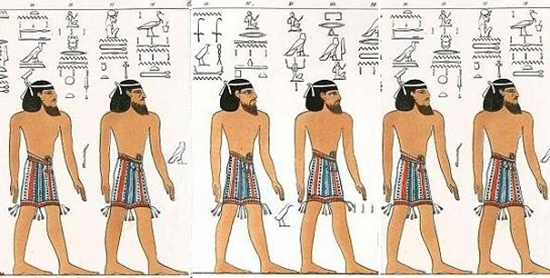 Using science or history for support, media outlets relish the opportunity to prove the Bible wrong. The most recent case in point: widespread media assertions that a recent research paper, which concludes Canaanite descendants survived to modern-day, contradicts biblical scripture. In this case, it appears the science may be right – but the media claims that the bible says Canaanites were annihilated is unequivocally false. In fact, several passages in the Bible specifically tell us Canaanite society survived.

The gush of anti-religious headlines began after a recent study sponsored by The Wellcome Trust Sanger Institute showed modern Lebanese inherited about 90 percent of their genetic makeup from the Canaanites. To reach the conclusion, scientists extracted DNA from five ancient bodies found in the former Canaanite city of Sidon. The research paper explained:

“In this study, we sequenced five whole genomes from 3,700-year-old individuals from the city of Sidon, a major Canaanite city-state on the Eastern Mediterranean coast. We also sequenced the genomes of 99 individuals from present-day Lebanon to catalog modern Levantine genetic diversity…

We show that present-day Lebanese derive most of their ancestry from a Canaanite-related population, which therefore implies substantial genetic continuity in the Levant since at least the Bronze Age.”

Marc Haber, one of the researchers who contributed to the project, told reporters,

“We found that the Canaanites were a mixture of local people who settled in farming villages during the Neolithic period and eastern migrants who arrived in the region about 5,000 years ago. The present-day Lebanese are likely to be direct descendants of the Canaanites, but they have in addition a small proportion of Eurasian ancestry that may have arrived via conquests by distant populations such as the Assyrians, Persians, or Macedonians.”

The science thus far, seems sound, but for reasons unknown, the paper falsely claimed that the Bible’s historical account contradicts their findings.

“The Bible reports the destruction of the Canaanite cities and the annihilation of its people. If true, the Canaanites could not have directly contributed genetically to present-day populations…

No archaeological evidence has so far been found to support widespread destruction of Canaanite cities between the Bronze and Iron Ages: cities on the Levant coast such as Sidon and Tyre show continuity of occupation until the present day.”

Then researchers even used the supposed biblical contradiction as a headline in the published press release announcing their findings.

“Were the Canaanite annihilated like the Bible says? The Canaanites did not disappear. Instead, they survived and are the ancestors of the people now living in modern-day Lebanon.”

Major media publications prattled over the research paper’s conclusion – and pointedly claimed the Bible was wrong. Of course, media are not expected to be biblical scholars but in this case, the historical evidence presented in the Bible is transparent, straight-forward, and easy to verify.

The relevant verses are found in Deuteronomy 20:16-18. The passages are well-known to most Christian readers (likely due to their shockingly violent message) and include military guidelines delivered to the Israelites by Moses.

“When you march up to attack a city, make its people an offer of peace. 11 If they accept and open their gates, all the people in it shall be subject to forced labor and shall work for you. 12 If they refuse to make peace and they engage you in battle, lay siege to that city. 13 When the LORD your God delivers it into your hand, put to the sword all the men in it. 14 As for the women, the children, the livestock and everything else in the city, you may take these as plunder for yourselves. And you may use the plunder the LORD your God gives you from your enemies. 15 This is how you are to treat all the cities that are at a distance from you and do not belong to the nations nearby.

16 However, in the cities of the nations the LORD your God is giving you as an inheritance, do not leave alive anything that breathes. 17 Completely destroy them—the Hittites, Amorites, Canaanites, Perizzites, Hivites and Jebusites—as the LORD your God has commanded you. 18 Otherwise, they will teach you to follow all the detestable things they do in worshiping their gods, and you will sin against the LORD your God. “

It is clear the verses document Moses’ commandment to conquer the Canaanites and are not a historical account of the Canaanites demise. Still, resulting headlines were quick to slant their stories against religion.

DNA vs the Bible: Israelites did not wipe out the Canaanites – Cosmos magazine

Even more disturbing, most headlines were not just distortions of fact, but blatantly false.

The Bible was WRONG: Civilization God ordered to be killed still alive and kicking – Express UK

The Bible claimed that the ancient Canaanites were wiped out according to God’s orders, but a new genetic research study reveals a different story – USA Today

How accurate was the Bible’s description of the Canaanites? Numbers 13:29 gives us their specific location, precisely where the ancient Canaanites DNA samples were discovered by researchers.

Contrary to attention-grabbing but errant media headlines, several verses in the Bible tell us the Israelites disregarded Moses’ order to slaughter the Canaanites, allowing them to survive.

Joshua 17:12-13 tells us the Canaanites continued to occupy lands and were never completely driven out:

“Yet the Manassites were not able to occupy these towns, for the Canaanites were determined to live in that region. 13 However, when the Israelites grew stronger, they subjected the Canaanites to forced labor but did not drive them out completely.”

Judges 1:19 specifically notes the Canaanites were militarily superior and could not be conquered.

“19 The LORD was with the men of Judah. They took possession of the hill country, but they were unable to drive the people [the Canaanites] from the plains, because they had chariots fitted with iron.”

Judges 2:1-3 clearly tells us the Israelites disobeyed God’s command to annihilate the Canaanites.

“The angel of the LORD went up from Gilgal to Bokim and said, “I brought you up out of Egypt and led you into the land I swore to give to your ancestors. I said, ‘I will never break my covenant with you, 2 and you shall not make a covenant with the people of this land, but you shall break down their altars.’ Yet you have disobeyed me. Why have you done this? 3 And I have also said, ‘I will not drive them out before you; they will become traps for you, and their gods will become snares to you.’ ”

No verses more clearly spell out the Canaanites ultimate status than Judges 1:27-33 which chronicles, in great detail, the regions the Canaanites continued to hold as well as their assimilation into other cultures (as verified by the researchers’ DNA study).

As can be seen from the verses above, contrary to media headlines, the DNA findings do not contradict the biblical account but rather, support the Bible’s historical veracity.  Still, not a single media outlet retracted their misrepresentation of facts.

What’s a Christian to do about media bias against religion

Slanted media bias against Christianity (and other religions) is a byproduct of progressive culture changes that have saturated broadminded media outlets. Given the profound impact mass media has on the way we think, their bias is a danger to our society, especially to non-believers who may be unfamiliar with God’s Word. The solution however, is clear and simple – Christians must engage the media, call them out when they attack our beliefs, and continue to spread God’s word.