Oct 5, 2017 americans united for separation of church and state, oklahoma 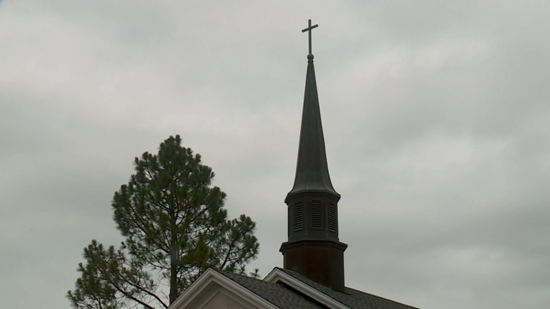 If you’re concerned Satan can invade our sanctuaries, look no further than Barry W. Lynn and his organization, Americans United for Separation of Church and State, known commonly as Americans United or AU. AU pits broad-based religious attacks against Christian organizations under the guise of “ensuring freedom of religion”. Their self-proclaimed “victories” include opposing the reintroduction of prayer in school, rallying against public funds for religious schools, opposing the teaching of “intelligent design” in science classes, preventing introduction of abortion restrictions in medical services, pushing constitutional amendments to allow same-sex marriages, and infiltrating “religious right” conferences and meetings to expose their hidden “agendas”. And here’s the rub – Barry W. Lynn is an ordained minister for the United Church of Christ lending credence to the public in his fight to harm Christian interests.

Americans United holds a profound fondness for attacking the Christian Right, the conservative Christian factions that hold tight to socially conservative positions involving school prayer, intelligent design, homosexuality, contraception, abortion, and pornography. But what really tingles their horns are battles for removal of publicly-displayed Christian iconography – usually bibles and crosses.  Most recently, they began a campaign to force East Central University in Oklahoma to remove Christian symbols (e.g. crosses, bibles) from their campus chapel. Their argument? That the chapel was non-denominational and thus should prohibit Christian-specific symbols on or about the building. Shockingly, ECU agreed, removed Christian artifacts, then reversed their position just before removing the cross from atop the Chapel’s steeple.

The saga began on June 20, 2017 when Americans United for Separation of Church and State wrote to East Central University President Katricia Pierson demanding they remove Christian “iconography” from the campus chapel.

“We have received a complaint that East Central University’s Kathryn P. Boswell Memorial Chapel has permanent religious iconography on display. These displays include Latin crosses on the top of and inside the building, Bibles, and a Christian altar. While it is legal for a public university to have a space that can be used by students for religious worship so long as that space is not dedicated solely to that purpose, it is a violation of the Establishment Clause of the First Amendment to the U.S. Constitution to display religious iconography on government property.”

ECU acceded to AU’s request and removed the chapel’s altar, crucifix, bibles, and hymnals from the building. Then word spread that they were about to remove the cross from the chapel’s steeple. Ten days later, ECU came to its senses, reversed its position and announced a plan of action:

“We moved too quickly. We regret not taking time to pause and thoughtfully consider the request and the results of our actions on all of the students, faculty and community members who we serve.

This requires a more thoughtful and deliberate approach to the request. That will be our next step. ECU will not take further action until the committee has had ample time to discuss and establish policies or guidelines for religious expressions in the art, history, architecture, study and areas of worship on campus.”

Oklahoma state Attorney-General Mike Hunter shouldered the cause and submitted the following to the head of the Regional University System of Oklahoma arguing against the removal of Christian symbols from the chapel.

“I am writing to make it clear that the United States Constitution does not require Oklahoma’s public universities to efface building features or remove other items simply because they are connected to religious expression or heritage. The Supreme Court has made it clear that the Establishment Clause does not require government institutions to adopt an attitude of hostility to religion, religious symbols, or religious people …

As the State’s chief legal officer, I am committed to providing all legal resources necessary to represent and vigorously defend ECU and the State of Oklahoma in the event a lawsuit is filed. The highest priority must be placed on ensuring the defense of Oklahomans’ religious freedom under the law.”

With agreement from higher-ups, Hunter then responded to AU’s request.

“We discount the legal reasoning contained in your letter and absolutely reject your demand to remove the cross from the chapel.”

He concluded the letter with an outright rejection of AU’s secular demands.

“It is clear that the State of Oklahoma will not be able to find common ground with your Washington, D.C.-based group. Further communication on this matter is a waste of time and money for the State of Oklahoma. It is also a frivolity for whatever groups fund your organization. We hope to see no future letters from your organization on this matter.”

Devil’s advocate continues the fight – if they win, ECU would be forced to remove all Christian artifacts from the chapel

Of course, AU would take no grift from a refusal to follow their heavy-handed demands.

“The whole idea of a chapel is that it’s supposed to be non-denominational and inter-faith, and our argument is that displaying a large Christian cross on a building in a public university is a violation of the separation of church and state.”

The issue has been transferred to the Oklahoma Attorney General’s office in anticipation of a lawsuit by Americans United for Separation of Church and State. If they win, ECU would be forced to remove the steeple cross and other Christian artifacts from the school’s chapel for good.

The Kathryn P. Boswell Memorial Chapel at East Central University in Ada opened to all faiths in 1957. The chapel was a gift from S.C. Boswell in memory of his wife. Since opening, it has been used by numerous religious groups and clubs on campus, as well as for weddings and other events.

Re: Religious iconography in chapel

We have received a complaint that East Central University’s Kathryn P. Boswell

Memorial Chapel has permanent religious iconography on display. These displays

include Latin crosses on the top of and inside the building, Bibles, and a Christian

altar. While it is legal for a public university to have a space that can be used by

purpose, it is a violation of the Establishment Clause of the First Amendment to the

remove or cover the religious displays and items.

The display of a Latin cross on government property violates basic

Establishment Clause rules. Governmental entities are prohibited from taking any

conveys a message of government endorsement of religion that violates the

Cir. 2010) (display of crosses by Highway Patrol to honor fallen officers “convey[s] to

a reasonable observer that the state . . . is endorsing Christianity”); Separation of

Additionally, governmental bodies and public employees must not communicate

regular, in-person contact with the public from displaying religious items in plain

interpreter and home-healthcare worker who promoted religious messages to clients

his desk where it would be visible to students); Friedman v. Bd. of Cty. Comm’rs,

violate the law. Please remove them. We would appreciate a response to this letter

within thirty days that advises us how you plan to proceed. If you have any

ADA – A complaint received by a self-proclaimed nonpartisan educational and advocacy organization headquartered in Washington D.C., has led to the impending removal of the cross from the top of the steeple, along with crosses and Bibles inside of East Central University’s Kathryn P. Boswell Memorial Chapel.

Americans United for Separation of Church and State, through a letter to the university, has requested the removal of religious iconography from the chapel.

“We discussed with ECU’s executive council and with the general counsel of RUSO (Regional University System of Oklahoma) and we are responding appropriately. ECU is doing its best to follow the establishment clause of the First Amendment of the Constitution,” said ECU President Dr. Katricia Pierson.

The letter states “While it is legal for a public university to have a space that can be used by students for religious worship so long as that space is not dedicated solely to that purpose, it is a violation of the Establishment Clause of the First Amendment to the U.S. Constitution to display religious iconography on government property.”

The Boswell Chapel, opened in 1957, has been used by various religions, clubs, weddings, concerts and will continue to be available for use by all faiths.

“We will continue to use the building as we always have, for all faiths. We do not want to presume to embrace one faith over another,” Pierson said. “We support all cultures and attempt to make them comfortable when they are here. There were only a few items inside the building and we are looking at the feasibility of removing the cross on the steeple, but need to respond to the request for removal of religious icons from the chapel. We are exploring options for preserving the items.”

The chapel is available to the community upon reservation. Groups, wanting to use the building for worship, may bring their ceremonial objects for use during their service, according to Pierson.