Is religion really responsible for most wars and millions of lost lives throughout history? 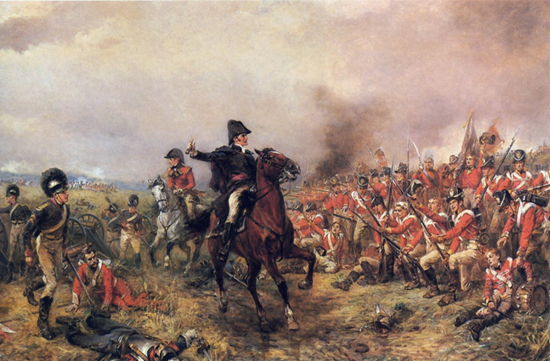 A common argument against organized religion is the claim that religion has been responsible for more wars, and hence millions of lost lives throughout history. This is a fallacy – one that is easy to refute by simply studying the history of past wars and culling out contributing causes for the conflict. What you will find is that there is rarely a single cause for war and contrary to atheist claims, religion seldom serves as the primary motivator for war (albeit several wars were led by leaders who thought themselves to be “gods”). In fact, most wars are started for one of four reasons – territorial gains, political differences, economic advantage, or a rebellion against a repressive government. Even wars widely thought of as religious conflicts (e.g. The 30-Year War, The Crusades), when viewed from a rational perspective, were really attempts to gain or regain territory or autonomy.

Religion not as a cause, but as a motivator

Although rarely the cause for wars, it’s important to recognize that leaders may use religion and other common cultural adhesives to unite the country during the conflict, mobilize participants, and to justify their actions using rhetoric. Similarly, when opponents are followers of a different religion, military leaders may use this as an incentive for battle-weary soldiers.  Regardless, this does not imply religion was the *cause* of the war as many religious detractors seek to claim.

Below are the top 20 wars (conflicts) with regards to loss of life (on average). Listed is the name of the war, the estimated number of dead, the years the war took place in, the duration of the war, and the general location. This list also includes general anthropogenic (human-made) disasters.

Wars and their causes

Below I examine the cause of each of the Top 20 wars beginning with the deadliest conflict of all, World War II.

Considered to be the most devastating war in human history, World War II took the lives of 40-80 million people across the globe. As with most wars, several events converged at an inopportune moment in time and served to trigger the world’s greatest war. Italian fascism promoted by Benito Mussolini lead to a desire to restore and expand Italian territory in the 1920’s. A similar scenario played out in Asia where Japanese militarism and invasions of China escalated in the 1930’s. All came to a head in 1933 with the Nazi Party’s takeover of Germany. Territorial skirmishes then spun into a full-blown war that drew nearly all of the world’s major economic powers into the conflict.

The Three Kingdoms period was one of the bloodiest in Chinese history. Beginning with the Yellow Turban Rebellion in 184 AD, the Three Kingdoms period was marked by chaotic infighting between warlords and battles for territory. Fighting between warlords continued until 280 AD by which time between 36 and 40 million citizens had lost their lives. Buddhism flourished after the period of conflict but was not a contributing cause of the conflict.

Led by Genghis Khan, the Mongols expanded their empire through a series of bloody conquests. Any towns that resisted the Mongol incursions were utterly destroyed. Areas such as Iran, Iraq, Syria, and parts of Turkey were assimilated into the Mongol empire. Far from a religious war, the Mongols were very tolerant of other religions and Genghis decreed religious freedom in every area conquered.

Primary cause: Rebellion against repressive government

The Manchu conquest of China, also known as the Ming-Qing transition, began with a list of seven grievances against the Ming dynasty’s domination. The grievances related to territorial disagreements and issues of repression. Not a single grievance was related to religion. By the end of the 47-year conflict, 25 million people lost their lives.

Primary cause: Rebellion against repressive government

The Taiping Rebellion was a massive civil war in southern China against the ruling Manchu Qing dynasty. The war, led by Hong Xiuquan, included various social reforms including equality for women, banning of polygamy, and the abolition of foot binding. Hong did attempt to replace Chinese folk religion with a bizarre form of Christianity in which he was a deity but organized religion played no role in the rebellion which was nothing more than an uprising against a repressive government.

Primary cause: Series of diplomatic crisis

The First World War began after the assassination of Archduke Franz Ferdinand of Austria. This set off a diplomatic crisis that triggered the breakup of international alliances. Within three weeks, major powers were at war and the conflict soon spread around the world. By the time the war ended 4 years later, between 15 and 65 million people perished. Religion was not a factor.

Tamerlane, was a Turko-Mongol conqueror and the founder of the Timurid dynasty in Central Asia. He envisioned the restoration of the Mongol Empire of Genghis Kahn. Tamerlane referred to himself as a deity or “supernatural personal power” and patronized religious (and educational) institutions during his conquests. Timur was in simple terms, a power monger who sought control of territory through various wars and expeditions.

The An Lushan Rebellion was a devastating rebellion against the Tang Dynasty of China that began when general An Lushan declared himself emperor in Northern China, thus establishing a rival Yan Dynasty. The rebellion followed a period of political turmoil and a series of revolts which evolved into a bloody period of conquests for territory and political rule. Religion was not a factor.

The Chinese Civil War was a civil war in China fought between forces loyal to the Republic of China and forces loyal to the Communist Party of China. It began in 1927 and essentially ended when major battles ceased in 1950. The war represented a split between political parties – the Communist CPC and Kuomintang’s brand of Nationalism – and did not involve religious differences at all.

The Russian Civil War began immediately after the Russian Revolution of 1917 as many political factions battled to determine Russia’s political future.  Religion was not an issue in the conflict.

The Napoleonic Wars were a series of wars pitting the French Empire against an array of European powers. Initially France rose quickly as Napoleon conquered much of Europe but collapsed just as fast after the disastrous invasion of Russia in 1812. Ultimately, Napoleon was defeated in 1814, and sent into exile on the island of Elba; he then escaped and returned to power, only to be defeated at the Battle of Waterloo, and was exiled again, this time to Saint Helena. Religion played no part in his conquests.

Finally, after almost a dozen more-destructive wars, we reach a conflict that could be considered initiated by religious differences. The war began when the King of the Romans, the new emperor of the Holy Roman Empire, Ferdinand II, tried to impose religious uniformity on his domains, forcing Roman Catholicism on its peoples. In reality however, the conflict only began due to religious differences. As the war grew, more nations joined for political or territorial conquest reasons which drove the death toll into the millions.

Of the remaining eight wars in the Top 20 (in terms of loss of life), only one, the European colonization of America, could religion even remotely be considered a factor in the conflict. Despite textbook lessons that the war started after Europeans left their homes seeking religious autonomy, the conflicts really began much earlier as a result of European’s desire to expand into the New World. Most will argue that the root cause of the European conflicts was expansion, not religious freedom.

The fact is, research shows that more than 90% of the wars and major conflicts to date were caused by factors other than religion.

Primary cause: Lack of resources

Primary cause: Conflict between rulers of France

Primary cause: Religious and political freedom

Primary cause: Factional disputes between aristocratic houses of France