How Christians should handle racism – an obligation to stand front and center against racial bias, prejudice, and discrimination 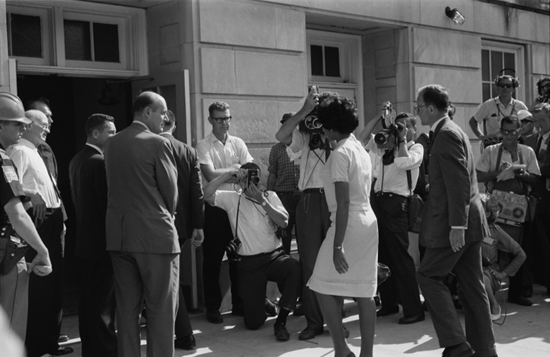 Like it or not, the topic of racism is not something Christians can ignore.  After all, our fundamental Christian tenets to love one another are in direct opposition to racism thus, hiding our heads in the sand is not an option.  It is a Christian’s obligation to stand up against racial prejudice and discrimination.

The roots of racism

To cull the reasons for racism and potential solutions to the problem, we must first understand what racism is and how it can be hidden, just under the surface and out of sight, in any human being – including Christians.

When we speak of racism, we are typically referring to discrimination, the prejudicial treatment of another person based on their race, nationality, or religion. Racism (or discrimination) differs slightly from racial bias, which is inherent in most people and refers to our innate categorization of persons based on their race. Innate or otherwise, racial bias is not something we can ignore and given its intrinsic nature, poses a significant risk of becoming a foothold for racism.

Many make the mistake of believing prejudice is not “prejudice” if based on reason. Don’t fall into this trap. People can come up with all kinds of “reasons” why their actions are not prejudicial. This excuse has been used by intellectuals throughout history to justify discriminatory practices.

Similarly, we cannot excuse our actions by believing it’s only discrimination when it is “unjust”. Whether or not an action is unjust can be open to interpretation. Discrimination is treating someone different because of their race, nationality, or religious beliefs – period.

Racism almost always evolves from one of three reasons – fear of losing privilege and control, fear or distrust of another social group, or blaming others for our problems.

Fear of losing privilege and control

A social group (sex, race, age, or political) can easily gain economic advantage over another group and use that advantage to dominate others. When this happens, it produces fear in the dominating group – fear that their power will be diminished if shared with other groups.  It also produces resentment in the dominated group.

This cause of racism is the hardest for the majority group (e.g. white, middle/upper class) to correct. Regardless, it is a dangerous threat and when on the receiving end of the discrimination, is frustratingly unfair. For the black community, even more so since they’ve progressed from enslavement to being segregated to being discriminated against all while being promised they’d be treated as equals.

If you are white (and I am) and think this reason for racism is exaggerated, recall that there are few instances (if any) in history where a minority group was *not* discriminated against – Jews, Native Americans, Oriental immigrants, and European immigrants were all harmed by unfair discriminatory practices while classified as minorities.  It’s simply human nature to do everything possible to ensure survival and prosperity for your group.

Fear or misunderstanding of another group

Man evolved to function efficiently in tribes. We also enjoy being around people who are “like us” and share similar interests. But spending all of our time isolated from other social groups causes us to develop inherent unconscious racial bias (termed implicit racial bias) when someone looks different or comes from a different culture. We become quick to judge and may make rash assessments of a person based on their appearance and find it difficult to relate to other groups.  It’s the primary cause of racism and even though it’s an inherent characteristic present in all races, it must be proactively repressed, even if it makes us uncomfortable.

As an example, an elderly white lady is walking down the street and sees a young black man approaching. She grips her purse tighter and may even cross to the other side of the street to avoid him. She does this because she has been conditioned to believe young black males are more likely to rob her. But by crossing the street to avoid the man, her implicit bias (racial profiling) has led to discrimination, a prejudicial treatment of the man based on his race. Taking the example further, suppose it’s late at night and she’s passing through a dangerous neighborhood. Her implicit bias may actually be a valid protective mechanism but it’s still wrong and against Christian beliefs and thus, should be avoided.

Blaming others for our problems

Often times when things get bad, we find it hard to take responsibility for our situation. This can happen at an individual level and at a community level too. But blaming others causes you to willingly relinquish control of the circumstances, shuttering any chance to resolve the problem.

People who are different from us will naturally become the easiest targets on which to lay the blame. This commonly occurs within a group that’s been discriminated against which leads to another type of racial bias – “reverse discrimination”. Reverse discrimination must be avoided too since it often results in the dominating group discriminating even further out of anger or spite. It creates a vicious circle that’s difficult for a society to break out of.

What Christians can do to beat racism

There are several active steps Christians can take to battle racism, prejudice, and discrimination.

Remember what the Bible tells us

You must fight implicit bias within yourself and work to enjoy friendships that transcend racial boundaries. Everyone will agree that God makes no distinction between humans by race, sex, or social standing. So why do people think they have the prerogative to do otherwise?

In Mark 12:29, Jesus discusses Christian commandments and tells us:

Note that this is not a sidebar commandment. Jesus specifically tells us “There is no other commandment greater than these.” The principle of loving others is found repeatedly throughout the Bible (Leviticus 19:18, Matthew 22:39, James 2:8, etc.).

John 13:34 reiterates this and further tells us that the principle of loving one another is what defines us as Christians.

If you think these verses are twisted, not specific dictates against racism but only applicable on an individual basis, consider Galatians 3:26 which lays out our expected behavior directly:

“In Christ Jesus you are all children of God through faith, for all of you who were baptized into Christ have clothed yourselves with Christ. There is neither Jew nor Gentile, neither slave nor free, nor is there male and female, for you are all one in Christ Jesus.”

It is important to recognize too that love is not merely “tolerance”. It goes far beyond simply accepting someone as an equal. Admittedly, this may be hard if someone is treating you badly or you are fearful of them. Regardless, the scriptures show us that we simply cannot pretend to love God and not love one another.

It should go without saying that prayer should be utilized to overcome racism. Pray for an understanding, an awareness to help you recognize when implicit racism emerges in your behavior. We must fight from judging a group as a whole. It may not be comfortable, but it’s what Christianity calls us to do.

You don’t have to be militant but you should be bold enough to speak out against racism. Taking no action can be seen as an implied agreement or acceptance of status quo.

“Do not regard him as an enemy, but warn him as a brother.”

It’s a Christian’s obligation to speak out, spread the word, and help others understand how racism falls counter to your beliefs.

Be proactive – push for open discussion

Finally, an open discussion about the problem seems to be the easiest solution but is often the last thing opposing groups try. Instead, each group retreats to their own “safe group” of like-minded people rather than engaging with each other and seeking to find a solution to the problem.

Christians should be the first to step forward and ask for an open dialog which of course, is much easier if the two groups have sought to integrate first.

“Do two walk together, unless they have agreed to meet?”

Integration activities bring opposing groups together which not only makes open dialog easier, it often sparks open discussion between the groups.  For instance, white churches can integrate religious activities with black churches in an effort to understand each other’s point of view (notwithstanding the astonishing fact that we still have “white churches” and “black churches”).  Or churches may volunteer for activities outside of their own social group.

Together, united not by racial or social standing, but under the banner of Christian faith, we should be able to stamp out the final remnants of racism in our society – and Christians should be the ones leading the charge.