With war against radical Islamic ISIS/ISIL imminent, why does President Obama call on compassion for all Muslims? 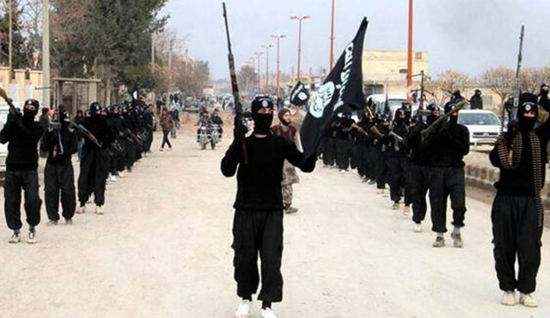 President Obama refuses to call the war against ISIS a religious war?

President Obama issued an emotional call to Americans today, cautioning United States citizens against labeling the looming war against ISIS (aka ISIL) a religious war. To many Americans, this likely appears contradictory and confusing. After all, ISIS is a self-proclaimed Islamic religious group and certain interpretations of the Islamic Quran do indeed allow, even encourage violent militant acts under the guise of Islam. To understand the intentions behind President Obama’s call for calm, let’s first take a brief look back to a similar historical context – the Gulf War.

In 1990, during the height of the Gulf War (code name Operation Desert Shield), Iraqi president Saddam Hussein did the unspeakable. As American soldiers poured into his country, Hussein launched a barrage of Scud missiles on an unsuspecting bystander – Israel. Hussein’s intent was initially unclear to many but military analysts instantly recognized the objective behind Hussein’s unimaginably brutal act. If Israel retaliated for the random swarm of missiles landing in its cities, other Middle Eastern countries (who consider Israel the definitive enemy) would be hesitant to join the war against Hussein. Showing honorable resolve, Israel refrained from retaliation and thus, the coalition forces were able to involve several critical Middle Eastern countries including Turkey, Egypt, Saudi Arabia, and Syria.

Anger against Muslims in America

The war against ISIS finds itself in a similar situation. When America enters the war against ISIS, if history holds true, the likelihood of Americans veering towards violent acts against Muslims is near certain. Mosques will be burned and innocent Muslim citizens murdered. If you disagree, recall the imprisonment of Japanese citizens during WWII, attacks against Mosques during the Gulf War, and sadly, the murder of three Muslim students just last week. Followers of the Christian faith recognize these actions as about as un-Christian as you can get. Still, anger is a difficult emotion to constrain – even for Christians.

If Americans refrain from taking out their anger on Muslim citizens, several military advantages present themselves (and yes, President Obama’s statements today were most certainly strategic in nature). First, reacting with non-violence against Western Muslims will make it easier for other Middle Eastern countries to justify and support a coalition war against ISIS. In fact, most Middle Eastern countries will be delighted to assist in the battle as ISIS rapid assault poses a grave danger to the autonomy of their countries. But if the United States acts in a manner that suggests religious bias against those of the Islam faith, support from many Middle Eastern countries will most certainly be called into question.

Secondly, if Americans act in a Christian manner, demonstrating compassion and love towards American Muslims, ISIS (and all radical Muslims) will quite simply, have no legs to stand on. Setting a Christian example of compassion will not only provide a potent tactical advantage, it will produce a theological advantage as well. After all, America is a world leader that is expected (and should) set the standard for other nations to follow. Showing the ability to restrain our anger in the face of mounting hatred towards our country, removes all possibility for Muslims around the world to justify any violent actions (and arguments) against us.

Finally, a peaceful American response removes ISIS’s primary battle call – that the American (and the West) are evil pagans out to kill Muslim people.  If Americans retaliate against Islamic followers, we play right into ISIS’s hands.

Winning the religious debate before it even starts

Admittedly, President Obama’s comments were blatantly political but in some cases, spot on. Our war is not against Islam – it’s against radical Islamists. Do Christians agree with the teachings of the Quran? Of course not. Does the Quran hold the potential to promote discrimination against women, reckless hatred towards other religious faiths, brutal barbaric punishment for crime, and militant violence against non-Muslims? Most certainly. But those are issues to tackle later. First, the United States must stop ISIS’s terroristic onslaught and demonstrate to the world that their interpretation of the Quran is thoughtless, ignorant, and futile. Then America’s act of compassion towards Muslims can shut down the religious debate before it can even begin, demonstrating to the world the strength and resolve that Christians possess even under unimaginably hostile circumstances.