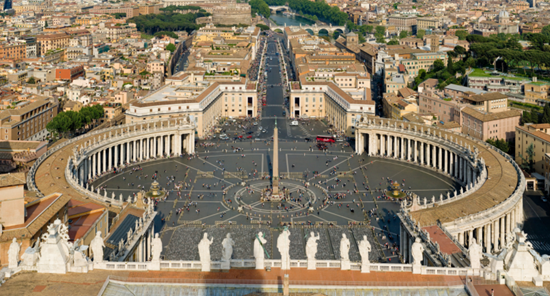 According to a U.N. human rights committee, the Vatican “systematically” adopted policies that allowed priests to rape and molest tens of thousands of children over decades.  The committee urged the Holy See to open its files on pedophiles and bishops who concealed their crimes.  The report, which took the Vatican by surprise in its harsh tone, puts renewed pressure on Pope Francis to move decisively on the abuse front and make good on pledges to create a Vatican commission to study sex abuse and recommend best practices to fight it.  Critically, the committee rejected the Vatican’s longstanding argument that it doesn’t control bishops or their abusive priests, saying the Holy See was responsible for implementing the treaty not just in the Vatican City State but around the world “as the supreme power of the Catholic Church through individuals and institutions placed under its authority.”

In its report, the committee blasted the “code of silence” that has long been used to keep victims quiet, saying the Holy See had “systematically placed preservation of the reputation of the church and the alleged offender over the protection of child victims.”  It called for Francis’ emerging abuse commission to conduct an independent investigation of all cases of priestly abuse and the way the Catholic hierarchy has responded over time, and urged the Holy See to establish clear rules for the mandatory reporting of abuse to police and to support laws that allow victims to report crimes even after the statute of limitations has expired.

According to the report, no Catholic bishop has ever been sanctioned by the Vatican for sheltering an abusive priest, and only in 2010 did the Holy See direct bishops to report abusers to police where law enforcement requires it.  Vatican officials have acknowledged that bishop accountability remains a major problem and have suggested that under Francis, things might begin to change.

While most attention was focused on child sex abuse, sadly the committee’s recommendations extended far beyond, into issues regarding abortion, homosexuality, and contraception, leveraging the instances of the Vatican’s horrifying attacks on children to push an agenda concerning homosexuality, contraception, and abortion.  The committee, for example, urged the Vatican to amend its canon law to identify circumstances where access to abortion can be permitted for children.  It urged the Holy See to ensure that sex education, including access to information about contraception and preventing HIV, is mandatory in Catholic schools.  It called for the Holy See to use its moral authority to condemn discrimination against homosexual children or children raised by same-sex couples.