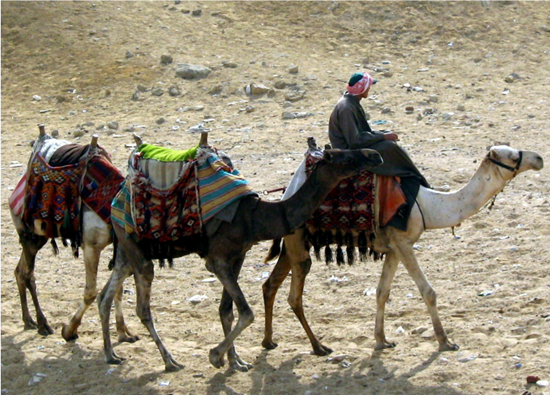 Regular Bible Blender readers know I’m a geek at heart with a strong love for science and technology.  Regular readers also know that despite my adoration of science, one of my pet peeves, and one of the focal points of Bible Blender, is the misconception that science and religion cannot coexist.  My stance is fairly simple – given its sacredness and importance to the transcribers, the Bible is the most accurate book in existence.  When scientific findings seem to counter Biblical theology, I first go back to the Word and carefully check the translations.  If the translation appears to be accurate (i.e. not ambiguous) and there still exists a contradiction, I then take the stance that the biblical record is accurate and the conflicting scientific point needs to be reexamined and rethought.  I’ve followed this method for years and to date, without “twisting” the stance of either science or religion, I’ve not found a single conflict that could not be rationally and logically resolved.

Scientists who seem to go to extra lengths in an attempt to portray religion as fantasy are especially troublesome to me particularly since our modern-day society is quick to classify scientific “theory’ as fact.  Such is the case this week with Science Daily and their headline news story announcing that new archaeological evidence proved camels could not have existed during the Patriarchal Period (approximately 2200 BCE to 1600 BCE).   According to Science Daily, this new finding “emphasizes the disagreements between Biblical text and verifiable history” and “challenges the Bible’s historicity”.  For a science publication that many believe represents brilliance, when it comes to religion they quickly don the dunce cap.

The controversy in question derives from findings in a new Tel Aviv University study that used radiocarbon dating to “pinpoint the moment when domesticated camels arrived in the southern Levant”.  According to their findings, camels did not arrive in the Eastern Mediterranean (which includes Syria, Lebanon, Jordan, and Israel) until 900 BCE, far later than the age of Moses when camels were first mentioned in the Bible.  Their findings were based on camel bones found in a copper smelting camp that were unearthed in archaeological layers dating to 1,000 BCE or later.  Despite their notation that other archaeological evidence has shown camels lived in the area at least as far back as 2,000 BCE and proof that other areas of the Arabian Peninsula had domesticated camels at that time, the researchers claim their newest finding shows that “camels were not domesticated in the Land of Israel until centuries after the Age of the Patriarchs”.

This is not the first time a scientific publication has brought up the camel argument (nor the first time Science Daily spouted anti-religion propaganda).  Take what they claim with a grain of salt.  Remember, these same scholars once argued that writing was unknown during the time of Moses – an argument that they have since retracted after evidence was discovered that proved writing existed long before Moses walked the earth.

Did camels exist in Moses’ time?

The word “camel” appears in the book of Genesis 23 times.  The Bible tells us that camels existed in Egypt during the time of Abraham, in Palestine during the days of Isaac, in Padan Aram while Jacob was working for Laban, and owned by the Midianites during the time Joseph was sold into Egyptian slavery.  With regards to Science Daily’s report that camels weren’t around – don’t believe the propaganda.  Even a moderately intelligent person can easily rip their logic to shreds.

What? No camels at the mining camp?

It is understandable that archaeologists would pick a mining camp to seek proof of domesticated beasts of burden in that area – it’s certainly logical that any potential labor efficiencies during that time period would be highly sought after and using camels to hoists materials would surely take a load off the miners’ backs.  But to claim that the timeline of that particular mining camp, which shows the introduction of domesticated camels to that mining camp in 900 BCE, is representative of the timeline of the entire area is patently illogical and ignorant.  There are dozens of reasons why camels would have been introduced at that particular camp at a later time but the most likely motive was pure economics.  Either the miners could not afford “camel labor” or it was not worth the costs.  This is in addition to the presumption that miners would most likely not want to bury camels where they are digging up and processing valuable metals (and surely didn’t just leave the camel bodies where they dropped).   It’s hardly a surprise that camel carcasses were not found embedded in the soil at the camp.

Camels were in the area but nobody thought to utilize them

Recognize that the researchers did not claim that camels were not present in the area, only that they had not been domesticated.  In fact, the researchers specifically noted that camels *did* live in the area at least as far back as 2,000 BCE.  There’s little debate that the camel lived in the land of Moses centuries, probably even thousands of years before his time.  As such, it is hard to imagine a beast as large and powerful as a camel running wild in the area for thousands of years before someone thought to utilize those creatures as pack animals.  It makes no sense.  If the animals were native to the area as archaeology suggests, they were most certainly domesticated and utilized as pack animals by the citizens of the area.

The researchers findings take a very narrow stance with regards to the domestication of camels in the area.  The Bible stories do not place a large amount of emphasis on camels but rather, simply mention camels being used to transport people and goods.  Biblical stories do not tell us whether camels were widespread or simply used by a select few.  With regards to the stories in the Old Testament, camels really aren’t much of a topic.  As such, it may be that domestication of camels in the area was *not* widespread.  This becomes relevant when you take into consideration that someone like Abraham for instance, came from Mesopotamia, where evidence of domesticated camels has been discovered.  It may well be that Abraham brought his camels with him when he migrated to the area.

Obvious logic flaws aside, there is much tangible evidence that camels were used in the area during Moses’ time.  In 1920, a rope was found southwest of modern-day Cairo that consisted of two-strand twist of hair.  Analysis of the material revealed that the “rope” had been made from camel hair, probably sometime around 2686 BCE – 2500 BCE.  Similarly, ancient Egyptian pottery, dated to around 2500 BCE, has been found which depicts camels, camel heads, and even a camel standing next to a man.  In addition, camel bones have been found in household ruins at Mari, in present-day Syria, that are believed to be at least 4,000 years old.  Furthermore, a Sumerian text from the time of Abraham has been discovered in the ancient city of Nippur (southeastern Iraq) which mentions camels’ milk, clearly implying that camels had been domesticated at that time.  These are just a handful of findings that not only suggest the biblical text was accurate, but that camel domestication was widespread throughout the area.

Are scientists just being dumb?

Despite the overwhelming evidence, some scientists continue to decry the idea that camels roamed in Moses’ back yard.  Randall Younker of Andrews University once told of an archeologist’s refusal to acknowledge this in-your-face fact:

“As I was reading through the excavation reports (published in French), I came across a reference to a figurine from the 2nd millennium which the excavator thought must be a horse, but the strange hump in the middle of its back made one think of a camel. I looked at the photograph and the figurine was obviously that of a camel! The scholar was so influenced by the idea that camels were not used until the 1st millennium, that when he found a figurine of one in the second millennium, he felt compelled to call it a horse!”

So what have we learned?

Did the Science Daily/Tel Aviv University research teach us anything?  Certainly!  Be an analytic reader!  Just because you read it from a supposed (perceived) reliable and intellectual scientific publication is no reason to take what you read as fact.  It’s not a “written in stone” fact – it’s theory.  As such, think carefully about what you read, digest it, do your research, and come to your own logical conclusions.  After all, the writers of these theories are merely scientists, not God.