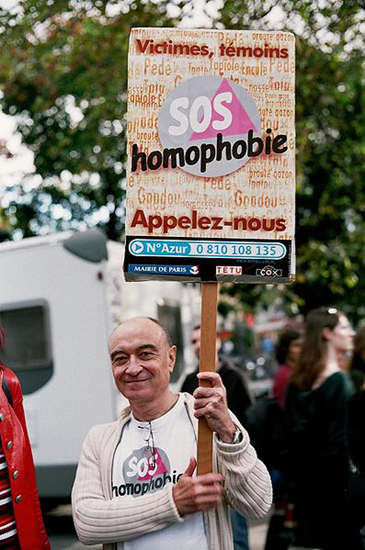 Slipped to the public under the guise of serious scientific research, a Columbia University research team released a research paper which concludes that homophobia shaves years off your life – 2.5 years to be exact.  Their stated solution is for society to accept homosexuality as a conventional moral standard in order to improve the health of the overall population.  The problem with their study, which may not be readily apparent to the non-scientific community, is not related to their research findings but rather to the very first step in the commonly accepted scientific method – the question they posed.

In a paper titled “Anti-Gay Prejudice and All-Cause Mortality Among Heterosexuals in the United States”, which gauged homophobia by measuring responses to four specific questions, including “Do you think that sexual relations between two adults of the same sex is always wrong, almost always wrong, wrong only sometimes, or not wrong at all?”, Mark Hatzenbuehler wrote:

“We found evidence that anti-gay prejudice is associated with elevated mortality risk among heterosexuals, over and above multiple established risk factors.  In particular, there was a 2.5-year life expectancy difference between individuals with high vs. low levels of anti-gay prejudice.”

The Columbia researchers leaped further and linked homophobic beliefs to overeating and other unhealthy behaviors.  They said:

“Existing evidence suggests that, for highly prejudiced people, intergroup interactions are stressful.  Stress in turn is associated with less healthy behavior, such as overeating, smoking and heavy drinking.  These health behaviors are therefore likely mechanisms linking anti-gay prejudice to mortality.  The findings contribute to a growing body of research suggesting that reducing prejudice may improve the health of both minority and majority populations.”

Unfortunately, there’s often propaganda in otherwise valid scientific research findings. The Columbia researchers theorize that the reduced lifespan may be related to “homophobe’s higher stress levels” an argument that many will quickly recognize as only a half-truth.  Few will argue that high stress levels are detrimental to your health but the belief that homosexuality is morally wrong (what the researchers define as “homophobia”) does not logically equate to higher levels of stress – at least not in the manner the research paper authors are suggesting.

The authors speculate that for persons with “high prejudice”, intergroup interactions are stressful.  There is little doubt that this is true even though the term “prejudice” implies an unreasonable or uninformed opinion, an idiom that does not apply to a person’s system of religious-based moral beliefs.  The flaw in their method began before they even started the research – linking “prejudice” with a very narrow, specific group of people – homosexuals.  The authors of the paper could have conducted the same research measuring stress levels that could potentially result from personal interactions with pedophiles, serial killers, or other criminals and they would have drawn the same conclusion – that we should accept those behaviors as “moral” in our society.  The study was blatantly ignorant at best.

Interaction with any group that a person considers morally unacceptable is not a comfortable position to be in.  The key for Christians is not to adjust their value system to meet an ever-changing societal system of moral values but rather, to remember to fundamental Christian mantra to “hate the sin, not the sinner”.  Belief in that idea alone will relieve stress and add years to your life – without having to adjust your value system to meet society’s ever-evolving definition of morality.