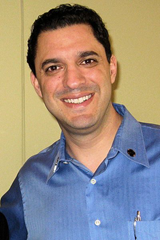 “To each his own” is hard to sell when referring to atheist organizations who seem to be picking up their attack on Christianity at a very aggressive pace. Two incidents occurred this week in which prominent atheist organizations sought to directly attack Christians in an effort to steer others away from religious beliefs.

In the first instance, a small city in heavily Christian populated northern Florida is set to become home to the first public monument in the United States dedicated to atheism. After failing to get a Christian monument that featured the Ten Commandments removed, Florida members of American Atheists, a national atheist advocacy group, made plans to erect a 1,500-pound granite display in front of the Bradford County Courthouse in Starke, Fla., next month, opposite a year-old display of the Ten Commandments outside the same courthouse.

“We’d rather there be no monuments at all, but if they are allowed to have the Ten Commandments, we will have our own.”

The new structure will feature quotes related to secularism from Thomas Jefferson, Benjamin Franklin and American Atheists founder Madalyn Murray O’Hair on a 4-foot-high panel, alongside a bench. It will stand in a small square in front of the courthouse, opposite the 5-foot, 6-ton Ten Commandments monument sponsored by a local Christian group.

Meanwhile, in Surrey, United Kingdom, the National Secular Society (NSS), in an almost comical attack on Christianity, is working to revoke a church’s “free parking” permits. The parking permits are issued for free parking on evenings and Sundays and commonly used by local church participants. A member of NSS tested the scenario by driving to the area on a Sunday and paying to park. NSS noted:

“He was afforded no opportunity to park his car there without charge. Those attending local church services parked in the same car park for free. Wood’s “less favorable treatment” was because of religion or belief.”

NSS also insisted that as good citizens, they were concerned about the “loss of revenue to the council arising from this free parking policy”.

It’s often hard for Christians to understand why atheists seem so bent on attacking the Christian faith through petty, and often meaningless actions, rather than choosing to quietly follow their own beliefs. It’s important though, to recognize that although a sense of failure and frustration can make people bitter and cruel, complacency in light of anther’s reaction to failure can open the door for your opponents. An attack on the Christian faith is occurring and the opponent in this case, is steadfast in their goal of destroying religion, with potentially catastrophic implications on our society.