The Chicago Statement on Biblical Inerrancy (1978) 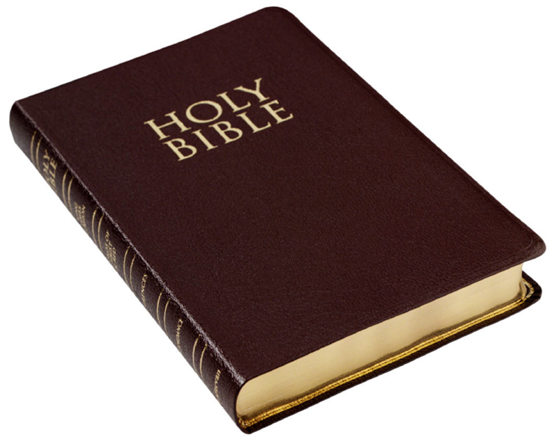 The Chicago Statement on Biblical Inerrancy (the doctrine that the Bible, in its original manuscripts, is accurate and totally free from error of any kind) was formulated in October 1978 by more than 200 evangelical leaders at a conference sponsored by the International Council on Biblical Inerrancy (ICBI), held in Chicago. The statement was designed to defend the position of Biblical inerrancy against a perceived trend toward liberal conceptions of Scripture. The undersigners came from a variety of evangelical Christian denominations, and include James Montgomery Boice, Carl F. H. Henry, Kenneth Kantzer, J. I. Packer, Francis Schaeffer, and R. C. Sproul.

The authority of Scripture is a key issue for the Christian Church in this and every age. Those who profess faith in Jesus Christ as Lord and Savior are called to show the reality of their discipleship by humbly and faithfully obeying God’s written Word. To stray from Scripture in faith or conduct is disloyalty to our Master. Recognition of the total truth and trustworthiness of Holy Scripture is essential to a full grasp and adequate confession of its authority.

The following Statement affirms this inerrancy of Scripture afresh, making clear our understanding of it and warning against its denial. We are persuaded that to deny it is to set aside the witness of Jesus Christ and of the Holy Spirit and to refuse that submission to the claims of God’s own Word which marks true Christian faith. We see it as our timely duty to make this affirmation in the face of current lapses from the truth of inerrancy among our fellow Christians and misunderstanding of this doctrine in the world at large. This Statement consists of three parts: a Summary Statement, Articles of Affirmation and Denial, and an accompanying Exposition, which is not included here. It has been prepared in the course of a three-day consultation in Chicago. Those who signed the Summary Statement and the Articles wish to affirm their own conviction as to the inerrancy of Scripture and to encourage and challenge one another and all Christians to growing appreciation and understanding of this doctrine. We acknowledge the limitations of a document prepared in a brief, intensive conference and do not propose that this Statement be given creedal weight. Yet we rejoice in the deepening of our own convictions through our discussions together, and we pray that the Statement we signed may be used to the glory of our God toward a new reformation of the Church in its faith, life, and mission.

We offer this Statement in a spirit, not of contention, but of humility and love, which we purpose by God’s grace to maintain in any future dialogue arising out of what we have said. We gladly acknowledge that many who deny the inerrancy of Scripture do not display the consequences of this denial in the rest of their belief and behavior, and we are conscious that we who confess this doctrine often deny it in life by failing to bring our thoughts and deeds, our traditions and habits, into true subjection to the divine Word.

We invite response to this Statement from any who see reason to amend its affirmations about Scripture by the light of Scripture itself, under whose infallible authority we stand as 2 of 5 THE CHICAGO STATEMENT ON BIBLICAL INERRANCY (Topic No. 1) Printed on: July 8, 2003 we speak. We claim no personal infallibility for the witness we bear, and for any help which enables us to strengthen this testimony to God’s Word we shall be grateful.

1. God, who is Himself Truth and speaks truth only, has inspired Holy Scripture in order thereby to reveal Himself to lost mankind through Jesus Christ as Creator and Lord, Redeemer and Judge. Holy Scripture is God’s witness to Himself.

3. The Holy Spirit, Scripture’s divine Author, both authenticates it to us by His inward witness and opens our minds to understand its meaning.

4. Being wholly and verbally God-given, Scripture is without error or fault in all its teaching, no less in what it states about God’s acts in creation, about the events of world history, and about its own literary origins under God, than in its witness to God’s saving grace in individual lives.

5. The authority of Scripture is inescapably impaired if this total divine inerrancy is in any way limited or disregarded, or made relative to a view of truth contrary to the Bible’s own; and such lapses bring serious loss to both the individual and the Church.

ARTICLES OF AFFIRMATION AND DENIAL

We affirm that the Holy Scriptures are to be received as the authoritative Word of God. We deny that the Scriptures receive their authority from the Church, tradition, or any other human source.

We affirm that the written Word in its entirety is revelation given by God. We deny that the Bible is merely a witness to revelation, or only becomes revelation in encounter, or depends on the responses of men for its validity.

We affirm that God who made mankind in His image has used language as a means of revelation. We deny that human language is so limited by our creatureliness that it is rendered inadequate as a vehicle for divine revelation. We further deny that the corruption of human culture and language through sin has thwarted God’s work of inspiration.

We affirm that God’s revelation in the Holy Scriptures was progressive. We deny that later revelation, which may fulfill earlier revelation, ever corrects or contradicts it. We further deny that any normative revelation has been given since the completion of the New Testament writings.

We affirm that inspiration was the work in which God by His Spirit, through human writers, gave us His Word. The origin of Scripture is divine. The mode of divine inspiration remains largely a mystery to us.

We deny that inspiration can be reduced to human insight, or to heightened states of consciousness of any kind.

We affirm that God in His Work of inspiration utilized the distinctive personalities and literary styles of the writers whom He had chosen and prepared.

We deny that God, in causing these writers to use the very words that He chose, overrode their personalities.

We affirm that inspiration, though not conferring omniscience, guaranteed true and trustworthy utterance on all matters of which the Biblical authors were moved to speak and write.

We deny that the finitude or fallenness of these writers, by necessity or otherwise, introduced distortion or falsehood into God’s Word.

We affirm that inspiration, strictly speaking, applies only to the autographic text of Scripture, which in the providence of God can be ascertained from available manuscripts with great accuracy. We further affirm that copies and translations of Scripture are the Word of God to the extent that they faithfully represent the original.

We deny that any essential element of the Christian faith is affected by the absence of the autographs. We further deny that this absence renders the assertion of Biblical inerrancy invalid or irrelevant.

We affirm that Scripture, having been given by divine inspiration, is infallible, so that, far from misleading us, it is true and reliable in all the matters it addresses.

We deny that it is possible for the Bible to be at the same time infallible and errant in its assertions. Infallibility and inerrancy may be distinguished, but not separated.

We affirm that Scripture in its entirety is inerrant, being free from falsehood, fraud, or deceit.

We deny that Biblical infallibility and inerrancy are limited to spiritual, religious, or redemptive themes, exclusive of assertions in the fields of history and science. We further deny that scientific hypotheses about earth history may properly be used to overturn the teaching of Scripture on creation and the flood.

We affirm the propriety of using inerrancy as a theological term with reference to the complete truthfulness of Scripture.

We deny that it is proper to evaluate Scripture according to standards of truth and error that are alien to its usage or purpose. We further deny that inerrancy is negated by Biblical phenomena such as a lack of modern technical precision, irregularities of grammar or spelling, observational descriptions of nature, the reporting of falsehoods, the use of hyperbole and round numbers, the topical arrangement of material, variant selections of material in parallel accounts, or the use of free citations.

We affirm the unity and internal consistency of Scripture.

We deny that alleged errors and discrepancies that have not yet been resolved vitiate the truth claims of the Bible.

We affirm that the doctrine of inerrancy is grounded in the teaching of the Bible about inspiration.

We deny that Jesus’ teaching about Scripture may be dismissed by appeals to accommodation or to any natural limitation of His humanity.

We affirm that the doctrine of inerrancy has been integral to the Church’s faith throughout its history.

We deny that inerrancy is a doctrine invented by Scholastic Protestantism, or is a reactionary position postulated in response to negative higher criticism.

We affirm that the Holy Spirit bears witness to the Scriptures, assuring believers of the truthfulness of God’s written Word.

We deny that this witness of the Holy Spirit operates in isolation from or against Scripture.

We affirm that the text of Scripture is to be interpreted by grammatico-historical exegesis, taking account of its literary forms and devices, and that Scripture is to interpret Scripture. We deny the legitimacy of any treatment of the text or quest for sources lying behind it that leads to relativizing, dehistoricizing, or discounting its teaching, or rejecting its claims to authorship.

We affirm that a confession of the full authority, infallibility, and inerrancy of Scripture is vital to a sound understanding of the whole of the Christian faith. We further affirm that such confession should lead to increasing conformity to the image of Christ.

We deny that such confession is necessary for salvation. However, we further deny that inerrancy can be rejected without grave consequences, both to the individual and to the Church.