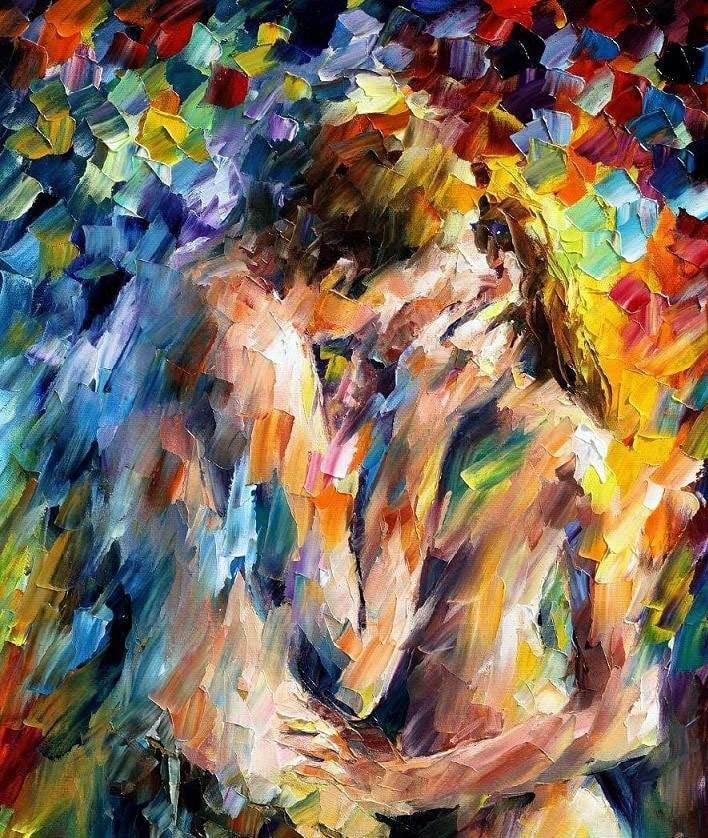 There are many behaviors that we recognize as sinful despite not being directly described as such in the Bible. Drinking and driving and drug abuse immediately come to mind. But a new film, 1946, will attempt to not just argue that homosexuality is not a sin, but that the word should have never appeared in the Bible in the first place.

According to 1946 filmmakers, the movie will document how a “team of researchers recently unearthed evidence that challenges deeply-held beliefs about LGBTQ+ people and their place in God’s kingdom”. This “new evidence” is a single letter, found amongst 90 boxes of letters, that was written by a seminary student arguing that the inclusion of the words “homosexual” during the translation of the Revised Standard Version (RSV) bible in 1946 was a mistake. According to the student, “homosexual” should have been translated generically as “sexual pervert” instead.

Their claim is intended to argue that the debasement of homosexuals by churches marginalizes gays. To some degree, their claim is true – churches have been reluctant to welcome homosexuals, focusing on their behavior rather than the person themselves. However, the argument presented in the film, which is sure to stir controversy when it hits theaters, is fundamentally wrong.

1946’s argument centers around a single verse – 1 Corinthians 6:9 – and the interpretation of the Greek words malakos and arsenokoitēs. According to most translations, Paul addressed the Corinthians like this:

6:9 Do you not know that the unrighteous will not inherit the kingdom of God? Do not be deceived! The sexually immoral, idolaters, adulterers, passive homosexual partners, practicing homosexuals, 6:10 thieves, the greedy, drunkards, the verbally abusive, and swindlers will not inherit the kingdom of God. 6:11 Some of you once lived this way. But you were washed, you were sanctified, you were justified in the name of the Lord Jesus Christ and by the Spirit of our God.

1946 filmmakers argue that “passive homosexual partners” and “practicing homosexuals” should be rendered “pervert” instead, with no mention of male-to-male or female-to-female sexual relations. What the movie does not mention, is that their argument against the common interpretation breaks down in the very next verse. The scripture goes on to explain what common sense already tells us – that sexual relations are intended to contribute to God’s plan for mankind.

6:13 The body is not for sexual immorality, but for the Lord, and the Lord for the body…. 6:18 Flee sexual immorality! “Every sin a person commits is outside of the body”—but the immoral person sins against his own body. 6:19 Or do you not know that your body is the temple of the Holy Spirit who is in you, whom you have from God, and you are not your own? 6:20 For you were bought at a price. Therefore glorify God with your body.

But is the word “homosexual” misinterpreted in 1 Corinthians? It is not entirely clear but given the context of Paul’s statements, it’s near certain the intent was to note the sinfulness of male/male or female/female sexual relations. However, it is true – the phrase translated in the verses as “homosexual”, or more accurately, “practicing homosexuals”, could mean effeminate – as in a male who acts or behaves like a female. However, the word could be translated in other ways besides too. “Passive homosexual” has been one suggestion where the interpretation still clearly indicates homosexuals. “Male prostitute” is another suggestion although in almost all cases, a male prostitutes is used for solely for homosexual relations. What would the clearest interpretation be? Here’s an official dictionary entry:

As noted in the definition above, Malakos means soft and effeminate as related to a male. But its meaning goes deeper. It was typically used to describe the passive partner, often times a boy, in male-to-male sexual relations. And given that Paul was preaching about immoral sexual relations, it’s clear he was referring to homosexual relations.

But what about the translation of arsenokoitēs? Here is the dictionary entry:

Arsenokoitēs literally means “one who lies in bed with a male”. As with Malakos, since Paul is discussing immoral sexual relations, he is certainly not inferring two men laying casually next to each other. Trying to interpret it as such is similar to interpreting the modern-day usage of “gay” as “happy”. 1946’s argument is a purposeful attempt to twist the meaning of the verses to support their claim.

If it sounds like 1946 is taking small components from scripture and trying to distort the interpretation- that is exactly what they are doing. Regardless, if ambiguity in 1 Corinthians 6:9 leads to hesitation, another New Testament passage also written by Paul makes the point crystal clear. Romans 1:26 tells us:

1:26 … God gave them over to dishonorable passions. Their women exchanged the natural sexual relations for unnatural ones, 1:27 and likewise the men also abandoned natural relations with women and were inflamed in their passions for one another. Men committed shameless acts with men and received in themselves the due penalty for their error.

1:28 And just as they did not see fit to acknowledge God, God gave them over to a depraved mind, to do what should not be done. 1:29 They are filled with every kind of unrighteousness, wickedness, covetousness, malice. They are rife with envy, murder, strife, deceit, hostility. They are gossips, 1:30 slanderers, haters of God, insolent, arrogant, boastful, contrivers of all sorts of evil, disobedient to parents, 1:31 senseless, covenant-breakers, heartless, ruthless. 1:32 Although they fully know God’s righteous decree that those who practice such things deserve to die, they not only do them but also approve of those who practice them.

Lest you jump up and down claiming, “I told you so!” we should quickly review the very next verse.

“Therefore you are without excuse, whoever you are, when you judge someone else. For on whatever grounds you judge another, you condemn yourself, because you who judge practice the same things.”

Reconciling the sin in homosexual behavior does not give Christians the right to judge those who practice it. This is the single biggest driver behind homosexuals’ feeling of condemnation by conservative churches. Rather than feeling loved by the church, they feel marginalized. Once we grasp the concept that Christians are to love *everyone*, there will no longer be a need to try and twist verses to soften the Christian stance on sinful actions.

The Bible’s stance is clear

The New Testament does not harp on the sinfulness of homosexuality any more than any other sin. Common sense tells us homosexual relations produce no benefit for God’s plan, one that is clearly spelled out in the very first chapter of the Bible: “Be fruitful and increase in number; fill the earth and subdue it.” And the Old Testament had already spelled out the sinfulness of homosexuality. There was no misunderstanding of Old Testament scripture for Jesus to correct. The verses are clear.

For a deeper study of the Bible’s reference to homosexuality as a sin, read Is homosexuality a sin? What the bible really says about society’s ever-changing moral values.