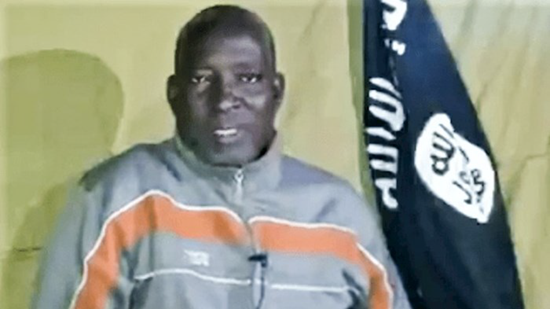 Lawan Andimi, a pastor for the Christian Church of the Brethren in Nigeria, was abducted on January 2, 2020 by Boko Haram militants. He gained worldwide notoriety when his captors released a video demanding he plead for his life. Instead, Andimi turned the video into a Christian message of hope.

In last week’s video, Andimi offered testimony to his Islamist captors when he told them and the rest of the world that he was ready to die for his faith in Christ.

“Be patient, don’t cry, don’t worry. But thank God for everything.”

In the video, Boko Haram demanded a $2 million Euro ransom for his return. The church was only able to raise about $5 thousand Euros. Refusing to renounce his faith, Andimi was beheaded by Boko Haram on January 21.

Boko Haram is a radical Muslim group with an objective to enforce strict Islamic Shariah law in Nigeria. Andimi is the latest in a long line of Christians executed in Nigeria for their beliefs.

According to the New York Times:

“Andimi is the latest Christian to be killed by Boko Haram or a breakaway faction that has ties to the Islamic State group. On Friday, the Islamic State’s West Africa Province, known as ISWAP, released a video which showed a hooded child with pistol in hand execute a Christian man. On Christmas Day, ISWAP killed nine Christians along with two other captives.”

“It strikes at the heart of efforts to build some form of religious harmony in Nigeria. But we are undeterred.”

According to the 2020 World Watch List, Nigeria is the second-most violent country for persecuted Christians (Pakistan is No. 1). In 2014, the United Nations Security Council called for a multinational military effort to tackle the Nigerian extremist group. The group’s activities began to surge in the closing days of 2019.