To win back our young Gen Z atheists, we have to act like Christians (and fight back). 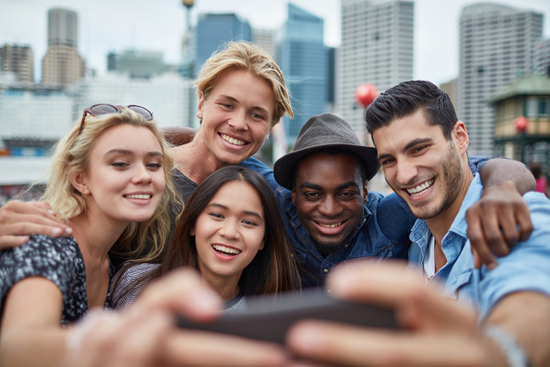 It’s not often you hear “Christian” and “fight” in the same sentence. The words inherently exemplify opposite emotions – love and hate. Yet winning back the souls of Gen Z atheists will require both Christian attitude and an epic battle that some Christians may not be willing to undertake.

The rise in Gen Z atheism

The rise of atheism among Gen Z youth, those born after 1995, is astonishing. A recent study called the mass exodus from religion “the largest and fastest numerical shift in religious affiliation in the history of this country.” To the Gen Z’ers, atheism is widely accepted and, in some circles, even considered to be “cool”. Parents are to blame, of course. We failed to make Christianity and the church the center of their lives. Now we find ourselves facing a battle for the minds and souls of our youth. But we can prevail. As Jesus told Peter, Satan will never defeat the church.

To win back the hearts and souls of our youth, we must address two key factors that contribute to their distaste for organized religion.

In an era of disbelief, Christians must fight back

First, understand why our youth turned to atheism

In this modern era, we are deluged with real-time information. Much of this information comes from our “friends” via social media. In this environment, where face-to-face interactions are evaded, open discussions about atheism are more common and acceptable. Today it is much easier to talk about atheism and thus, Gen Z’ers are exposed to arguments from both sides of the religious debate. There’s nothing wrong with open debate. However, we now find ourselves in a position where we must fight furiously to win back the souls of our youth.

Infuse Christianity into our daily lives

The battle to win back our youth begins with active Christian engagement. It’s no longer acceptable to put Christianity on the back-burner, to allow our faith to be replaced with secular entertainment and social media. With confidence and pride, we must infuse Christianity into our daily interactions. For example, rather than sharing funny memes, shocking news, or benign blather on social media, post a bible scripture or link to a Christian website article.

Bring Christianity back to the center of your life and let the outside world see its importance to you. Our youth will notice – and they will change.

Set an example that our youth will want to follow

The “fight” aspect of our battle is only part of the solution. We must also act Christian, demonstrate Christian values, and stop “piling in” on every attack against the immoralities we see embedded in our culture. Values that run counter to Christian beliefs are now freely discussed. That’s just the way it is. Controversial stances on “touchy subjects” such as racism, LGBT activism, pro-choice arguments, are now openly presented in public forums and in mainstream media. Christians are naturally offended, and some strike out at the offenders. This is not the appropriate Christian reaction and only serves to make us look ignorant, inconsiderate, hypocritical, and hostile – none of which are appropriate Christian attributes.

Remember the “hate the sin but not the sinner” mantra. The next time a graphic LGBT scene is shown on TV or in a movie, don’t manically rail in anger against their “sickness” or “depravity”. Instead, respond with “God bless them, I wish they considered other people’s beliefs”. When you see a racist spewing hatred, don’t respond with fury but instead, ask them, “Why do you let this hatred cultivate inside of you?” When a Pro-Choice demonstrator argues for the right to abort an unborn child, ask, “What can I do to help?” rather than painting a scarlet “S” on their shoulder labelling them murderers.

Sure, we may cringe at the thought of responding to something we are opposed to with love, but no Christian will argue that these responses are not Christian-like. We do not have to support issues that run counter to our beliefs, but we must be willing to accept, with open arms and true love, those that hurt us. Pray that God gives you compassion.

A positive, considerate, loving response to those who support issues we oppose will stun America’s youth while at the same time, demonstrate the primary principle Christianity is founded on – love and acceptance. Instead of seeing Christianity as an archaic belief system, our youth will see it as something they strive to be.