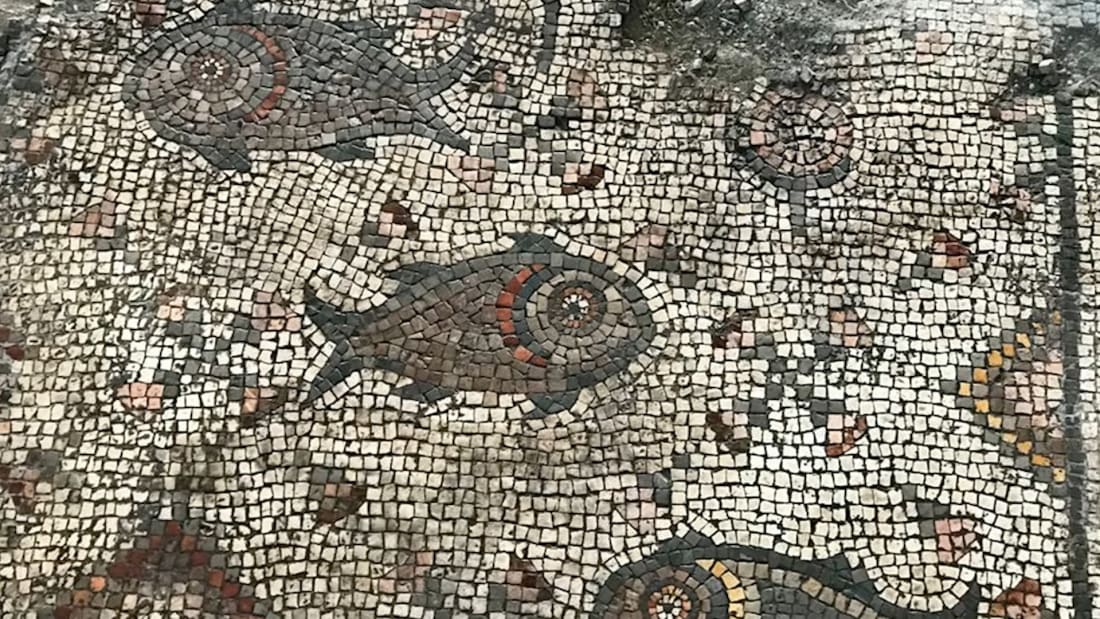 Archaeologists have discovered a colorful mosaic in an ancient early-Christian church that depicts one of Jesus’ most notable miracles – the feeding of the 5,000.

The archaeological site, called the Burnt Church in Hippos, is found on a mountain about a mile east of the Sea of Galilee. The church was constructed between 400 AD and 500 AD and was destroyed by fire around 600 AD. The church was partially exposed in 2009 providing archaeologists a goldmine of early-Christian history that had been protected under a 12-inch layer of ash. This week archaeologists announced the discovery of a colorful mosaic inside the church that depicts two fish and five loaves of bread matching the New Testament description of Jesus feeding the 5,000.

The church is located in Hippos, on the eastern side of the Sea of Galilee. Tradition holds the miracle took place on the northwest side of the lake, near Tabgha. A church there also has a mosaic depicting the miracle.

The Burnt Church mosaic also shows two rows of three differently sized fish (fish broken up for the feeding) as well as baskets of pomegranates, apples, and decorative flowers.