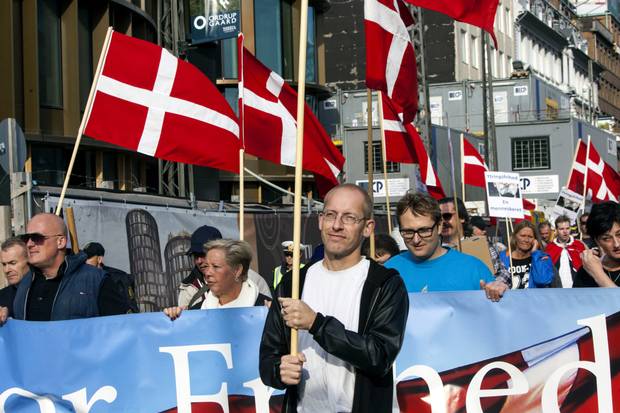 Denmark prides itself as a liberal, modern nation that thinks out of the box and is ahead of the times but their recent persecution of religious faiths seems like a page taken from the dark ages. In the latest round of religious persecutions, Christian evangelist Torben Søndergaard has been forced to flee Denmark after an intense government campaign sought to destroy his ministry.

Next, a Danish television station approached Torben regarding a special about his church. When the TV crew arrived, they were accompanied by two undercover reporters, one who pretended to be mentally ill. The resulting documentary profiled Torben alongside “radical Christian ministries”, some of which were indeed criminal affairs. CBN reported:

“Torben watched in horror as he saw himself depicted on national TV as a liar, as an abuser of children and the mentally unstable through healings and so-called “exorcisms,” and as a quack who takes medicine away from the sick, something he says he has never done.”

Danish persecution intensified with campaigns against other Christian organizations who subjected “mental violence” on children through prayer and healing. Fearing for the safety of his family, Torben fled Denmark for the United States.

“We had people starting to call us and say that, ‘You have to leave Denmark now because they’re not going to stop.’ They want to continue getting you down. So, we bought a ticket to America. Then two days later we packed eight suitcases and we left with our kids to America.”

The Danish Press Council investigated the television report and determined that indeed, Torben had been unfairly persecuted by the press. Still, the damage to his family, his church, and his ministry cannot be undone.

Denmark, once a champion of religious freedom, now considers religion primitive, an ignorant practice that must be repressed. Torben was quick to point out the parallel between Denmark and the United States and issued this warning to American citizens.

“I have a message to people in America, that we need to be prepared. We need to be alert. To say that this could never happen in America is a lie. I have said the same about Denmark. This is going to come to America.”

Torben and his family are currently awaiting approval of a US asylum request.