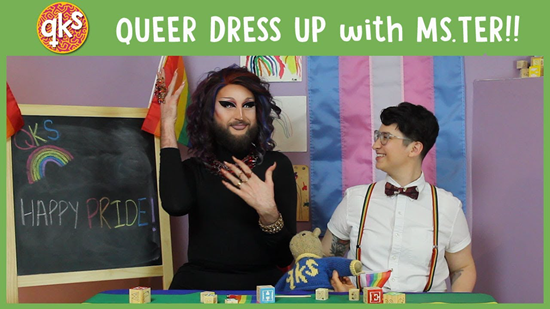 A Canadian couple is livid after their elementary school showed first graders a video taken from the YouTube channel, Queer Kid Stuff, and the teacher told the children “there is no such things as girls and boys”. The video went on to say that there’s nothing wrong with boys wearing women’s dresses stating, “Well, Teddy, did you know that some people aren’t boys or girls?”

The couple say their daughter came home confused, and over the next few weeks, kept approaching the parents asking them why it is not “real” that she is a girl. The child went on to state that she was now “not sure if she wants to be a mommy”.

The concerned parents approached the teacher at Devonshire Community Public School who refused to cease teaching the children “gender fluidity”. They next went to the principal, Julie Derbyshire, who defended the teacher’s lessons. Then the couple moved to the superintendent and the Ottawa-Carleton District School Board who would “not agree to communicate with parents when sensitive discussions take place, nor to take corrective action to ensure that children of female gender identity are positively affirmed.”

Stonewalled at every step of the way, the parents transferred the child to another school. They have taken their case to a provincial human rights tribunal, and are asking that the court order the board to ensure that classroom lessons do “not devalue, deny, or undermine in any way the female gender identity.” They also request that teachers inform parents “when lessons on gender identity will take place or have taken place, including the teaching objectives and the materials that will be or have been used for such lessons.”

The school board has asked that the parent’s request be dismissed on the basis that “the application has no reasonable prospect for success.”