Anti-abortion movie, Unplanned, blows past projections, finishing 4th at the box office – here’s why you may have never heard of it. 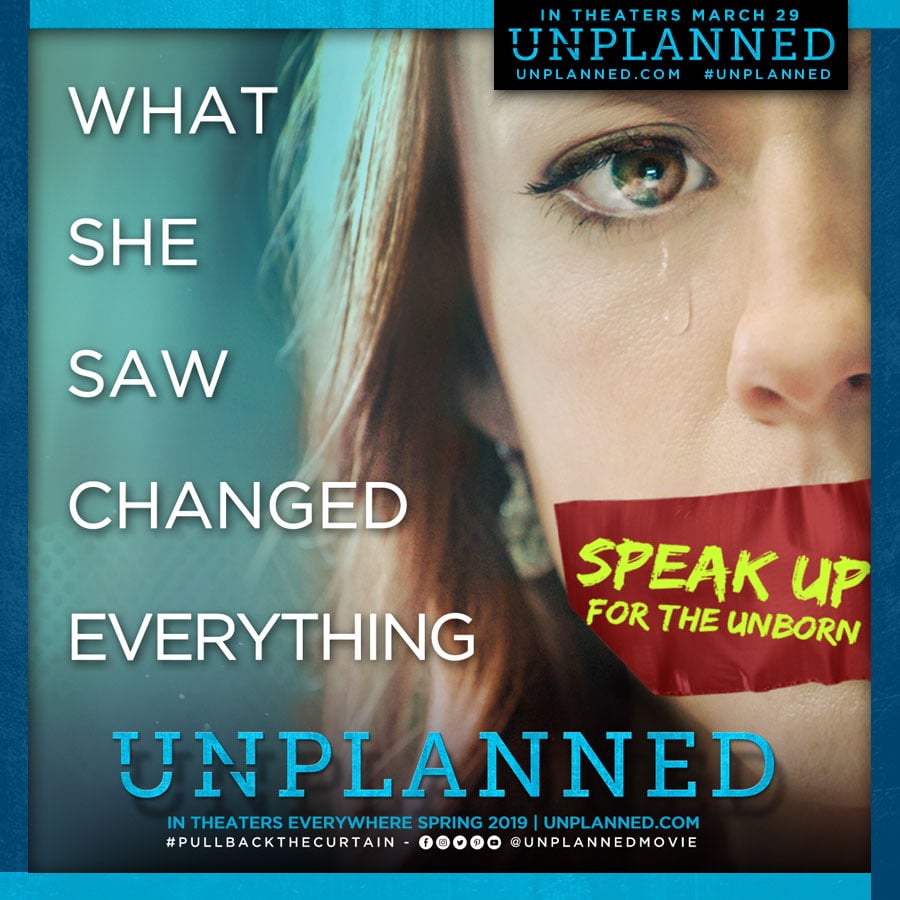 Unplanned hit theaters on March 29, 2019. Projected to gross $3-5 million in its opening weekend, the movie made that by the end of its first day. By the weekend, the movie had debuted to a $6.4 million dollar opening, far exceeding box office projections. In its second week, the movie earned another $3.2 million and was expanded to 500 more theaters. The strong finish was even more remarkable given the movie’s R rating, typically considered a death-blow for Christian movies, and media outlets refusal to allow promotion of the movie through their distribution channels.

Movie goers indicate the movie is thought-provoking and powerful with some admitting their pro-life/anti-abortion views were changed by the experience. The New York Times presented their observations of audience reactions to the film.

“After the show, [Audiences] communicated in muted gestures, dabbed at tears, or lingered for long stretches in the popcorn-strewn vestibule at the AMC multiplex here, as if still processing the deliberately provocative movie they had just seen. Since March 29, similar scenes have played out across the country as faith-based groups and many others have gathered en masse to see “Unplanned,” a new movie that paints a scathing portrait of abortion rights in general, and Planned Parenthood in particular.”

The movie’s smashing success is surprising given the media’s treatment of it. Television networks have refused to air the movie’s trailer calling it “too political”. On opening weekend, the movie’s Twitter account was hacked and subsequently suspended by Twitter causing the account to lose its 50,000 followers. And the movie’s star, Ashley Bratcher, has been unable to book TV interviews outside of far-right media outlets (e.g. Fox, CBN).

The movie’s website (https://www.unplannedfilm.com/) offers a summary of Unplanned’s plot:

“Unplanned is the inspiring true story of one woman’s journey of transformation.

All Abby Johnson ever wanted to do was help women. As one of the youngest Planned Parenthood clinic directors in the nation, she was involved in upwards of 22,000 abortions and counseled countless women about their reproductive choices. Her passion surrounding a woman’s right to choose even led her to become a spokesperson for Planned Parenthood, fighting to enact legislation for the cause she so deeply believed in.

Until the day she saw something that changed everything, leading Abby Johnson to join her former enemies at 40 Days For Life, and become one of the most ardent pro-life speakers in America.”

I have no experience with anti-abortion organizations but a personal experience at the age of 17 gave me first-hand exposure to the abortion process. I can attest, and possibly will write more about it at a later date, that the process is nightmarish at best and impacts lives in unimaginably horrific ways. Our prayers go out to Pure Flix media, distributor of Unplanned, and all those touched by the movie’s sensitive subject matter.