Religion as a crutch for the weak and wounded? If you use religion as a buffer against life’s struggles, you’re (probably) missing the point. 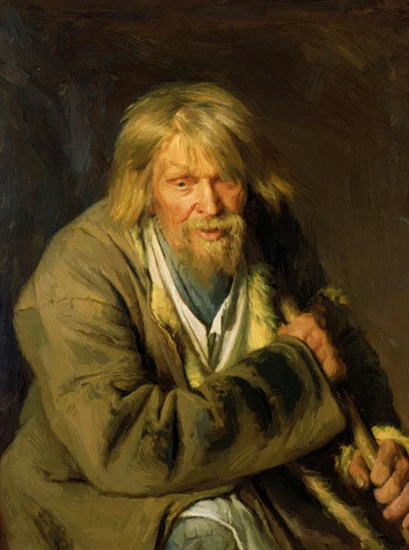 It’s a common atheist battle cry – “religion is a crutch for weak people with feeble minds”. According to these secular “faith experts”, religion’s sole purpose is to buffer believers from fear – fear of death, love loss, bad health, or any other distressful state of affairs we worry could consume us. According to these non-believers, religion rewards those who are unable to come to terms with their own mortality.  Surprisingly, part of their claim may be true.

Religion used as a crutch can be good for some – but bad for others. Would you be unable to face life’s struggles without religion? Would fear of death consume you if you had no faith? Would categorizing the structure of our physical universe outside the confines of religious doctrine drive you crazy?  If you answer “yes” to any of these, remind yourself what the true purposes of Christianity are – a heartfelt worship of God, a staple of moral guidelines, and most importantly, a requirement to help others.

Religion as a crutch – the good

Some who are repressed, sick, or live in poverty turn to religion for help – and rightfully so. Religion as a support system serves a valid role and helps those in need during their period of recovery.  Everyone will agree that use of a crutch when recovering from illness or physical injury is acceptable.  Similarly, those who are truly suffering may rightfully use religion as a tool to assist in their recovery. Jesus said as much when he told the Pharisees his target audience was the weak and the poor. As Jesus pointed out, “It is not the healthy who need a doctor but the sick.”

Psychology studies have proven this true.  Religion aids in recovery by providing much-needed structure, the confidence to power through struggles, and more importantly, guidance on how to live a healthy, sustaining life with integrity and concern for others – a framework that guarantees a happy, meaningful existence.

Religion as a crutch – the bad

On the other hand, if used in excess or for too long, religion as a crutch can be bad. As with a physical injury, using a crutch after the wound has healed leads to additional problems. It can cause the normal plates of growth to deviate resulting in deformity. Worse, it can stunt growth entirely.

Some Christians use religion to compensate for lack of ambition, lack of confidence, or feelings of inferiority. Improperly using religion as a crutch may mask serious problems that should instead be addressed directly. The pleasure we feel from religious experience may cloak bad feelings that are a natural part of life (e.g. pain from a loss) or feelings that truly should not exist in the first place (e.g. pain from discrimination). In some instances, by hiding behind a barrier of good religious feelings, the root problem may be veiled, ignored, and never truly resolved.

Similarly, some may use religion to mask fear even though this counters God’s directive. Prior to his death, Jesus sent the disciples into the world to spread Christianity’s message and to help others. He told them specifically what to do and how to behave. First and foremost, he told them not to be afraid (“Don’t be afraid of those who can kill the body but not the soul”). Jesus knew their mission was fraught with danger (“I am sending you out like sheep among wolves”) and indeed their mission was dreadfully perilous (it is believed that all but one of the apostles died because of his beliefs). Still, Jesus told them to go forth without fear! Since our objective is to mimic Jesus’ behavior, it goes without saying that God expects us to barrel through fear too and avoid using religion to mask our worries.

Religion as a crutch – the rational

The argument that religion used as a crutch can be negated entirely when we accept that we are imperfect creatures with varying perceptions of mankind’s fallibility.  Of course we need spiritual guidance – our lives would feel empty without religion.  We have the same dependence on other things that even non-believers consider acceptable – for instance, the company of other people or a reliance on food and water.  Christians view religion not as a crutch, but rather a necessary component of a healthy, productive life.

Finally, detractors often forget that not all Christian tenets are peaches and cream (for instance, there’s that nasty concept of hell that weighs on everyone’s mind).  Our religious tenets do not teach us that Christianity solves all problems or insulates us from all harm.  Rather, it provides the guidelines to lead a moral, selfless life with the understanding that the task at hand will often be difficult.

God expects us to help others, to actively contribute to their wellbeing and happiness. We cannot do that if we selfishly use religion as a crutch and instead, believe the entire religious experience is about us. If you use religion as a crutch, you must accept the healing grace provided by God – the confidence he gives each of us. Then willfully turn your use of religion to its true purpose – a means to worship, learn, and ultimately help others who are truly injured and in need of a crutch.