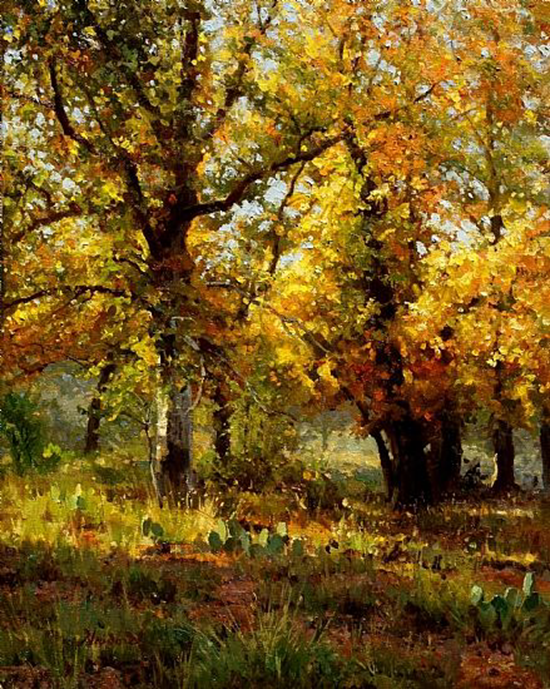 “And as thy servant was busy here and there, he was gone.  And the king of Israel said unto him, So shall thy judgment be;  thyself hast decided it.” -1 Kings 20:40

There is a very striking incident connected with this text. The great battle is raging, a certain important prisoner has been taken, and if you read between the lines you seem to know that upon him depend many of the issues of war. His skill in leading the enemy had been marvelous, his courage in the thick of the fight striking; and now he is a prisoner. The king puts him in the keeping of a Jewish soldier, saying, “Guard this man; if he escapes thy life shall be demanded for his.” It is possible that they gave an extra pull to the thongs that bound the enemy and the guard was left alone with him. It is an important duty he has to perform. His life hangs in the balance. He must have been impressed with it. But, as we read on between the lines, strange as it may seem, he becomes negligent, his bow is laid down and his spear is left standing against the tent. He becomes hungry and takes a few small cakes to eat, he is weary and lies down to doze and sleep. Suddenly there is a snap and a bound, and the guard arouses himself just in time to see his prisoner dash into the thicket, and he is gone. Now the king requires the prisoner at the guard’s hand. Terror-stricken, he falls upon his face to cry aloud in the words of the text, “And as thy servant was busy here and there, he was gone. And the king of Israel said unto him, So shall thy judgment be; thyself hast decided it.”

It is my purpose to show in this illustration that God is always placing opportunities within our grasp. In a sense they are bound, for they may be made to do our will if we rightly use them. And it is also my purpose to show that as saint and sinner alike we have permitted opportunities to slip away while we doze in weariness or give attention to matters of less importance. God save us all from the expression, “It might have been,” when it is too late, for even God himself cannot reverse the wheels of time and bring back the lost opportunity. We see this all about us. I hold in my hands a piece of cold iron. I cannot bend it; if I put it in the fire it becomes pliant; if I take it out it is cold again. There is a point in time, however, where it is bent as easily as a piece of paper.

Years ago our nation sent astronomers to Africa to witness the transit of Venus. Preparation for this great sight had been going on for months. There was a critical moment when the sun, Venus and the earth were all in line. Every astronomer knew that at that moment his eye must be at the smaller end of the glass if he would see the planet go flying past the larger end. If he should miss that moment no power on earth could bring the planet back again. The world is full of these moments.

Galileo studied the eye of an ox and beheld the principle of the lens. Watt looked at the tea- kettle lid as it was lifted by steam, Columbus saw the wind’s direction and knew there was land not far away. The difference between these men, to whom the world is indebted, and many others is this, that they have looked at the oxen’s eyes and have been unmoved, have allowed the teakettle to boil without making an impression upon them, and the wind to blow without leading them to any shore. The opportunity for greatness is gone. There is not a person in the world but to whom at some time a great opportunity has been given, and for the use or abuse of it we shall be called to a strict account.

I. These opportunities for doing good come to the one who is a Christian.

First: I would not preach to others what I did not first preach to myself, but there are many of us as ministers like Chalmers, who was one day visiting an old man seventy-two years of age, apparently in perfect health. They talked together about everything but Christ. The minister was inclined to speak about his soul, but did not. Before morning the old man was dead. Dr. Chalmers returned to the house, called all the old man’s household about him, and offered the most touching apology and prayer. He spent the entire day in the woods, saying, “If I had been faithful this might not have been.” I have no question but God would say, “So shall thy judgment be.”

Second: You who are Christian workers have failed. A Christian merchant was told that there was a certain man with whom he had traded for years to whom he had never spoken about his soul. “I will speak the next time I see him,” he said, but he never came, for while he was busy here and there the man was gone from him. Before he came again death met him. So shall his judgment be.

Third: You who are parents have failed. Years ago a young Scotchman from Fife, in Scotland, was leaving home. He was not an active Christian. His mother went with him to the turn of the road and said, “Now, Robert, there is one thing you must promise before you go.” “No,” said the lad, “I will not promise until I know.” “But it will not be difficult,” said his mother. “Then I will promise,” he said. And she said, “Every night before you lie down to sleep read a chapter and pray.” He did not want to promise it, but he did. Who was that Robert? It was Robert Moffat, the great missionary, who, when he came into the Kingdom, brought almost a continent in after him. Many a mother has lost her opportunity to speak to her boy, and she has lost it because she has not lived as a mother should who would help her boy. So shall her judgment be.

II. These opportunities come to the unsaved. The Bible is full of men who have had an opportunity to be saved but are lost.

First: There is Herod. His face blanches as he listens to the truth, he is ready to forsake some of his sin; but more is required than that to be a Christian, and Herod fails.

Second: Look at Felix. As he gazes into the face of Paul the Apostle and hears his message, he trembles; a moment more he will be a Christian; but more is required than that to be saved, and Felix is lost.

Third: Behold Judas. See him at the feet of Jesus. Later he is full of remorse because he has sold him for thirty pieces of silver; but mere remorse never saved a soul, and Judas is lost.

You have doubtless heard of that young girl of whom the poet tells us. She had a string of pearls in her hand and her hand is in the water, the string is broken, and one by one the pearls slip away. So it has been with you who have been Christians. My hope is that there may be one pearl left yet. To-day is the accepted time; do not let the opportunity slip.

III. The Bible is full of men just the opposite who had opportunities to be saved and embraced them.

First: Zaccheus. There was just one day, one hour, one moment; when Jesus would pass by, and Zaccheus ran to the sycamore tree; but he made haste and came down, and that saved him.

Second: Bartimeus. There was just a moment when Jesus was near to hear the sound of his voice. If Bartimeus failed that moment he would be blind forever. I can see him quickly turning his sightless eyes in the direction of the Savior. He cried unto him and it was his earnestness that saved him. We must make haste while yet it is to-day.

Third: Coming down from the mountain, where he had preached his great sermon, Jesus beheld the leper. He was dead, according to the law, yet he had a napkin bound about his mouth. If one had called to him, “Your child is dead,” he could not have gone to see the little one. But he breaks through all of this and cries, “If thou wilt thou canst make me clean.” It was his desperation that saved him.

Fourth: Look at the dying thief, so near that he could have touched Christ if he had been free. Here yawned before him the very brink of hell, here was judgment for his sins, for he acknowledged that he was justly punished. I can see him struggle to decide whether he shall speak or not, and at last he cries, “Lord, remember me.” And Jesus said, “To-day shalt thou be with me in paradise.” It was his last chance, and he took it. And this may be yours. God forbid that you should let the opportunity slip away.

But whether my message is to ministers, to Christian workers, to parents or to the unsaved, I call your attention to this fact: It was when the soldier was busy that the prisoner escaped. Many of you have been busy about pleasure, and some day it will mock you. You have been caught by the fascination of business, and it does not prevent your soul having been surrounded by sin from which after a while you cannot escape, and if the opportunity slips away so shall our judgment be, for we must decide it. In a few years at the latest, possibly in a few months, perhaps in a few weeks–who knows but within a few days?–eternity shall be upon us. If it is an opportunity that is gone or a soul that is lost it will be a sad eternity indeed for us. To this end may God keep us watchful.