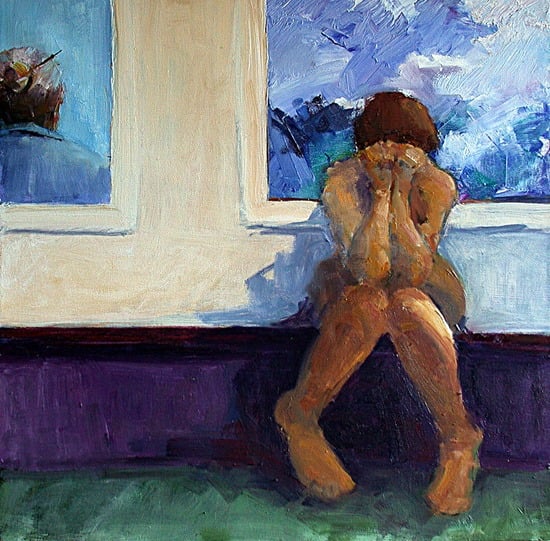 Some of the things that Jesus Christ found in the world seem to have caused Him surprise. We are told that He marveled because of unbelief. That any one should doubt God caused the Son of God not indignation so much as astonishment. He felt, in the face of distrust of divine veracity or of the divine goodness, an emotion of simple amazement. And another fact of the life men live on the earth appears to have struck Him as foolish and unreasonable — the fact that the race of men is an anxious, a worried race.

In the Sermon on the Mount He deals with this fact of worry. He gives to it more space than to adultery or murder. I should not conclude from that, that in the divine estimation worry is a graver sin than adultery or murder, but only that it is far more prevalent.

Wherever Christ looked He saw the unmistakable traces of anxiety. All faces bore that sinister mark. The Sermon on the Mount is the constitution of the kingdom of heaven on earth and that kingdom excludes worry. God Himself could not make an anxious world happy. Let us see how Jesus Christ proposes to banish worry from his world. First of all, he teaches us that we worry about the wrong things.

In the last analysis we shall find, if we make that analysis fearlessly, that our worry is not about mere food and mere raiment, but about superfluous food and superfluous raiment, and our Lord would call us back to the consciousness that life itself is an infinitely larger thing than the externals of life. The men and women who have touched this life of humanity powerfully and helpfully have always been such as brought the facts of life into the right perspective, counting life too high and beautiful a thing to waste itself in overmuch thought about its mere incidents.

Are we thinking thus nobly about life and life’s meanings? Have we thought about life itself, the wonder of it, the deeper meanings of it, the measureless possibilities of even one day of it? Do we habitually think of life as a trust rather than a possession? Do we think of sometime giving an account of our administration of that trust? Do we think of the tremendous investment which God and humanity, and even the mere creature world, has made and is constantly making, just that we may have life?

Then, too, Christ puts over against our causes of anxiety the fatherhood of God.

“Behold the fowls of the air: for they sow not, neither do they reap, nor gather into barns; yet your heavenly Father feedeth them. Are ye not much better than they?” — Mat_6:26

“And why take ye thought for raiment? Consider the lilies of the field, how they grow; they toil not, neither do they spin; And yet I say unto you, That even Solomon in all his glory was not arrayed like one of these.

Wherefore, if God so clothe the grass of the field, which today is, and tomorrow is cast into the oven, shall he not much more clothe you, O ye of little faith?” — Mat_6:28-30

The Christian is not an orphan in an unfriendly universe. He is a child of the God who feeds the birds and clothes the flowers, making each the subject of His solicitude. It has been estimated, taking as a basis the quantity known to be necessary for their sustenance, that no millionaire on earth could feed God’s birds one day. But God feeds them every day, and is no whit poorer at night. “Now,” says Christ, in effect, “that is what the Christian’s Father does for flowers and birds. Will He not do as much for His dear children?” The argument is unanswerable. And it covers the very causes of that anxiety which is whitening the heads and prematurely furrowing the faces of God’s children in the world. It is no wonder that men have imagined a multitude of invisible spirits at work upon the human countenance from the cradle to the grave, spirits of light and spirits of darkness, spirits angelic and spirits from the pit; that with viewless gravers they patiently inscribe the lines which mark every thought and action. Of course the deeper and even more awful truth is that human thoughts and actions are self-recording, and that, struggle against it as we may, that record is wrought into the substance of the human face.

O, the records that faces bear! As our eyes grow wise to see, what confessions, fain hidden, stand out from the faces of the crowd! And no demon drives his pitiless graver deeper, nor with more certain stroke, than the hateful demon worry. And the lines he makes are ignoble lines; lines in which he who runs may read the story of happiness of homes eaten away by little and little as with a biting acid; of home made hateful to husband and children; of love worn to the breaking point — and all about things that pass and perish with the day; things of no vital moment; things upon which neither the true happiness nor honor nor usefulness of life depend. O, the pity of it. 0, the miserable shame of it, that on a face made beautiful by God there should be ignoble worry marks!

Suppose such an one had trusted God about all those causes of anxiety. Suppose such an one had said: “My Father feeds the birds; He clothes the flowers; He will assuredly feed me and mine; He will clothe us.” Ah, the happy spirits with the other gravers would have written on that face other lines — lines of serenity, lines of happy trust, lines which would have made the face a benediction and a blessed memory.

Thirdly, Christ reminds the anxious one of earth that, after all, worry does no good.

“Which of you by taking thought can add one cubit unto his stature?” — Mat_6:27

The waste of it! The uselessness of it! All the worry that ever got itself accomplished in this weary, worrying world; all the sleepless nights, all the burdened days; all the joyless, mirthless, peace-destroying, health-destroying, happiness-destroying, lovedestroying hours that men and women have ever in all earth’s centuries given to worry, never wrought one good thing. It was all evil and only evil. It shut out the face of God, the loveliness of nature, the joy of love, the compensations of life. It poisoned the peace of others and cast its hateful shadow over other lives. The very point of the sin of worry, the very reason why it is the basest, most cowardly of sins, is that it darkens the lives we are most responsible to bless — and all for no good, but only to blight and wrong.

The amazing thing about it is that no one is convicted of this mean sin! Good people live in it, and with no sense of the outrage which it involves against the love of a kind, heavenly Father and against the rights of others! A Christian man will not scruple to bring to his home the petty worries and passing anxieties of the day. Christian women, — women whose lives are pure, who scorn scandal, who devote life and strength unsparingly to the service of husband and children, will yet shamelessly poison the peace of home by the sin of worry, and with no apparent sense of the guilt of it! It is one of the mysteries of human nature.