Introduction to the book of Ezekiel 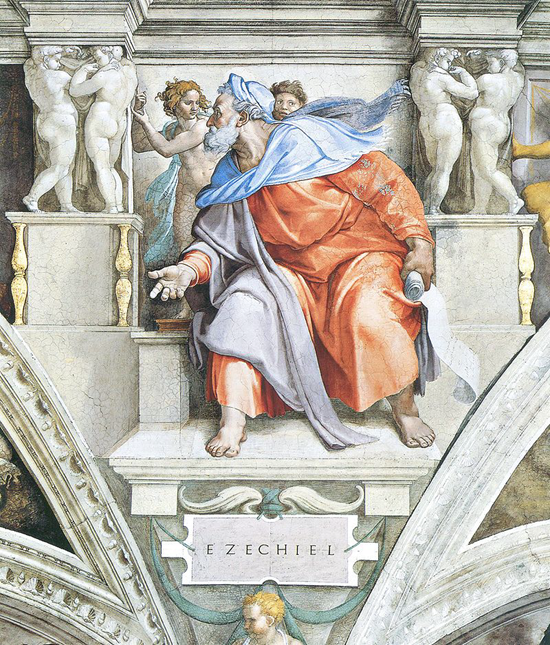 Like Jeremiah and Zechariah, Ezekiel, a priest and respected prophet, lived about 600 BC. At the time, ten of the tribes of Israel lived in the north and two tribes of Judah lived in the south. The northern tribes (which had already fallen to Assyria in 722 BC) and southern tribes were at war against each other. When the Northern Kingdom (led by Nebuchadnezzar) destroyed the Southern Kingdom, both kingdoms ended with many of God’s people exiled in foreign lands. Losers of a war were commonly deported to reduce the enemy’s population and thwart potential rebellions – the same practice holds true in the Middle East today.

During Ezekiel’s lifetime, several important events occurred. In 605 BC, after Nebuchadnezzar’s defeat of Pharaoh Neco, Egypt was in decline and Babylon (in modern-day Iraq) coming to power. The historian Josephus wrote that at the request of Nebuchadnezzar II, Babylonian armies exiled three thousand Jews from Jerusalem. Jerusalem came under siege and was destroyed, the temple burned, and treasures spirited away to Babylon (around 586 BC). Much of Judah was taken captive, including the prophets Daniel and Ezekiel.

Ezekiel began receiving his visions around 593 BC, six years before Jerusalem was destroyed by Nebuchadnezzar. In total, Ezekiel had 14 visions which he recorded in the 48 chapters of the book of Ezekiel. His last prophetic vision occurred in 571 BC.

Ezekiel’s visions can be divided into four sections. First, a message before the destruction of Israel and the warning they should hold no false hope. Indeed, it will be some time before they can return to the promised land. Secondly, prophecies against foreign nations are revealed. Then a promise that Israel will be delivered from bondage and once again regain their status as a great nation. Finally, Ezekiel reveals the restored Temple and the future of God’s people.

How do we know Ezekiel’s visions began in 593 BC?

Few books in the Bible are as carefully dated as Ezekiel. Ancient texts and Babylonian tablets confirm much of the story revealed in the Old Testament.

Your perception of Ezekiel’s captivity may be worse than it really was. Babylonian policy was to invade, conquer, and capture the upper echelon of society. Captives resettled in Babylonia where they acted as somewhat “free” colonists. The distance from their homeland served to silence them and deprive the people of legitimate leadership. It was among the exiles that Ezekiel delivered his visionary message.

The tomb of Ezekiel

The tomb of Ezekiel is a gravesite in modern-day Iraq near Kefil. It is believed to be the final resting place of Ezekiel.