Is the Pope correct – should Christians apologize to members of the homosexual (LGBT) community? 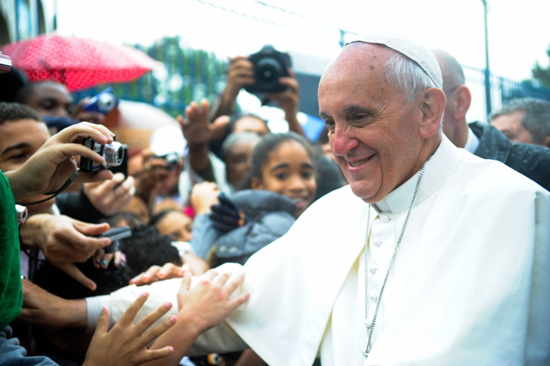 June 26, 2016 will likely be considered a ground-breaking moment for the LGBT community after Pope Francis said Christians should apologize to gays and others who have been offended or exploited by the Church. The Pope’s comments came in response to a question asked by a journalist about a cardinal who said the Church should apologize for being “very negative” towards gays.  The Pope told reporters:

No one will argue that throughout history, sins have been committed in the name of religion.  Certainly we should recognize such.  But was the Pope correct – should all Christians apologize to the LGBT community?

Maybe something was lost in the translation. Or maybe the Pope’s off-the-cuff answer needs further clarification.

No apology is warranted in all cases nor for all Christians. Many already abide by Christian principles and accept that Christianity classifies homosexuality as a sin while refusing to belittle gays or others that believe differently. In 2013, even the Pope himself reaffirmed the Catholic Church’s position that homosexual acts were sinful – but not homosexual orientation. Our religion guides us to love everyone – gays included.

However, Christians who have berated, discriminated against, or otherwise acted “un-Christianlike” towards a member of the LGBT community should indeed make amends. More importantly, they should recognize *their* sin and repent accordingly. Like love, forgiveness is an essential part of Christian beliefs.

A softening of the Church’s stance on homosexuality?

There is the possibility that the Pope’s statements represent a “softening” of the Catholic church’s stance against homosexuality. Pope Francis is arguably the most liberal Pope the Catholic church has seen in many years. The intent of his statement could be to guide the church toward a more liberal posture towards homosexuality. On the other hand, if his statements are intended to remind Christians that they are not immune to sin nor should they judge others, he will surely clarify his statements in the coming days.

Vague comments or change in Catholic policy – both are dangerous propositions

The Pope’s statement prompted a response from Francis DeBernardo, Executive Director of a prominent Catholic gay rights group. Note in DeBernardo’s response, he says that *all* Christians are wrong and that they should apologize not for their treatment of gays but rather for their “religious traditions” that have “harmed” LGBT people.

“No pope has said more welcoming words to LGBT people than when Pope Francis today offered his recommendation that the Church — indeed all Christians — should apologize for the harm religious traditions have caused to LGBT people.”

In other words, DeBernardo  believes Christians should admit that their religion is wrong (or maybe he should clarify his comment). This is the danger in the Pope’s issuance of a vague statement concerning Church policy. Of course, it will be even more dangerous to the Church, and Christianity as a whole, if DeBernardo’s interpretation of the Pope’s statement is true.