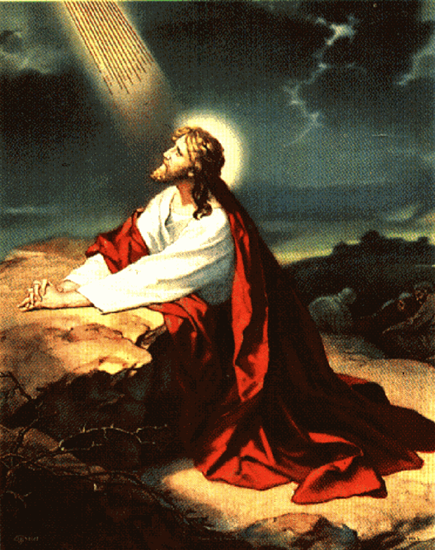 During the Sermon on the Mount, Jesus told his followers:

So in everything, do unto others as you would have them do unto you, for this sums up the Law and the Prophets.”

Jesus tells us we should pray – persistently – and with faith

Earlier in the Sermon on the Mount, Jesus gave us a model prayer to follow (the Lord’s Prayer). Now Jesus tells us that we should pray, persistently (as evidenced by the present tense used in the original Greek-translated text). We should keep asking, keep seeking, and keep knocking because God loves to give gifts to his children.

Ask, seek, knock – entry into the Kingdom of Heaven

As the King James Version translates, “Ask, and it shall be given you, seek and ye shall find, knock and it shall be opened unto you”. There is a beautiful analogy here. Jesus’ instructions to pray persistently can also be applied to our quest for passage through the gates of Heaven. We must ask for forgiveness, seek to be righteous, and make an effort (knock) to gain entry into heaven.

“Do unto others”. Known as the Golden Rule, it has gained fame throughout the Western world. It is not unique in religion and in fact, was a widespread principle of ancient ethics. But here Jesus turns it around and states it in a selfless, positive, pure form. Rather than “do not do what you would not have them do to you” or “whatever is hurtful to you, do not do to any other person” as told in Mosaic Law, Jesus takes a more positive, less judgmental tone (this section of the Sermon on the Mount follows Jesus’ previous comments on judging others). Quite simply, treat others the way you would have them treat you.

Note also that Jesus does not say kind treatment is reserved for family, friends, or fellow Christians but rather “others”, implying everyone should be treated kindly and with respect.

God does not censor our prayers

As emphasized in other New Testament lessons, God does not pick and choose who he wishes to listen to. Jesus tells us that God hears everything we ask for and that we should not ask hesitantly, but expectantly (with faith). This does not necessarily mean we get everything as we imagine it though.

Through prayer, we are communicating with a much higher power and in some cases, the “blessings” we receive may not be delivered as we expect. For instance, in the Confessions of St. Augustine we find that when Augustine’s mother prayed he would not sail to Rome, God did not grant her prayer (he sailed anyway). However, we later find that it was this journey to Rome that began his conversion to Christianity in 387 AD. In the end, God knew what was best for Augustine better than his mother.

According to a 2004 U.S. News and World Report poll, only 1.5% of the respondents said their prayers were never answered while nearly half of those polled said their prayers were answered most of the time. But God does not simply produce a “yes” or “no” answer when it comes to prayers. Humanity is a complicated process and thus our simplified view of “results” should not be the expected return from prayer. In some cases, we should expect the unexpected.

Praying for riches and gold

If you take a narrow interpretation of Jesus’ instructions, you will find yourself sorely disappointed. God gives us what we need but like a parent that strives to teach their children independence without spoiling them, God will not mindlessly give us anything we ask for, especially if the thing we ask for could be harmful to us (whether we realize it or not). This should be clear if the verses are read in context with Jesus’ previous teachings – especially since only a few verses earlier, Jesus warned us against storing up treasures on Earth.

Pray, then sit back and wait for the results?

On the contrary, asking in a lazy manner and expecting God to do all the work contradicts what Jesus told his followers that day – first ask, then seek – in faith.

Or not pray at all?

Jesus’ lesson was just as much about “neglecting to pray” as “praying” and in fact, possibly more so. In an age where prayers were often “canned” mindless chants, Jesus tells us that each person matters in God’s eyes and there is no pre-ordained limit to the number or type of prayers we are allowed. In God’s eyes, each of us truly matters and he *wants* to give us the best – but we have to ask.

If your son asks for bread, will you give him a stone?

In ancient days, mistaking a loaf of bread for a stone would not be too hard to imagine. Bread was not baked in oblong pans as is common today but rather on stones or pans that produced loaves as round, flat discs that resembled stones.

Ordering of the lesson

Matthew may have ordered this section of Jesus’ lesson later than it was delivered in the Sermon on the Mount. Luke orders this lesson right after Jesus’ lesson on the Lord’s Prayer putting it in context immediately after instructing us how to pray.

9 “Which of you, if your son asks for bread, will give him a stone? 10 Or if he asks for a fish, will give him a snake? 11 If you, then, though you are evil, know how to give good gifts to your children, how much more will your Father in heaven give good gifts to those who ask him! 12 So in everything, do to others what you would have them do to you, for this sums up the Law and the Prophets.

7–11 “Don’t bargain with God. Be direct. Ask for what you need. This isn’t a cat-and-mouse, hide-and-seek game we’re in. If your child asks for bread, do you trick him with sawdust? If he asks for fish, do you scare him with a live snake on his plate? As bad as you are, you wouldn’t think of such a thing. You’re at least decent to your own children. So don’t you think the God who conceived you in love will be even better?

12 “Here is a simple, rule-of-thumb guide for behavior: Ask yourself what you want people to do for you, then grab the initiative and do it for them. Add up God’s Law and Prophets and this is what you get.

7:7 “Ask and it will be given to you; seek and you will find; knock and the door will be opened for you. 7:8 For everyone who asks receives, and the one who seeks finds, and to the one who knocks, the door will be opened. 7:9 Is there anyone among you who, if his son asks for bread, will give him a stone? 7:10 Or if he asks for a fish, will give him a snake? 7:11 If you then, although you are evil, know how to give good gifts to your children, how much more will your Father in heaven give good gifts to those who ask him! 7:12 In everything, treat others as you would want them to treat you, for this fulfills the law and the prophets.

7 Ask, and it shall be given you; seek, and ye shall find; knock, and it shall be opened unto you: 8 For every one that asketh receiveth; and he that seeketh findeth; and to him that knocketh it shall be opened. 9 Or what man is there of you, whom if his son ask bread, will he give him a stone? 10 Or if he ask a fish, will he give him a serpent? 11 If ye then, being evil, know how to give good gifts unto your children, how much more shall your Father which is in heaven give good things to them that ask him? 12 Therefore all things whatsoever ye would that men should do to you, do ye even so to them: for this is the law and the prophets.