Do not judge or you will too be judged (Matthew 7:1 – 7:6)- what Jesus tells us about judging others 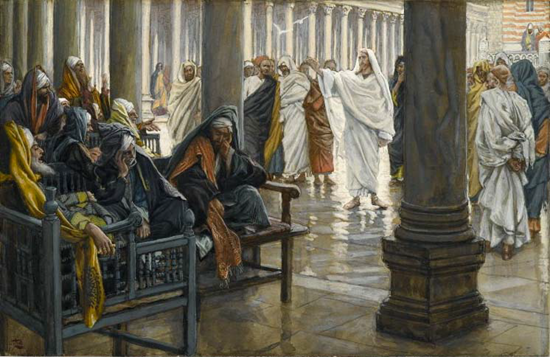 As Jesus was reaching the end of his Sermon on the Mount lessons, he told his followers:

Do not give dogs what is sacred. Do not throw your pearls to pigs. If you do, they may trample them under their feet and then turn around and tear you to pieces.”

The standards we apply to others, God applies to us

Jesus’ lesson is a warning against arrogantly “playing God”. We must not focus negative thoughts towards others or look unfavorably on them based on their actions. To do so, invariably leads to unkind comments, hurtful gossip, and hypocrisy (which of course, violates the spirit of love).  Our first focus should be on ensuring our own morality is in line with God’s expectations. Only then can we help others.

In most translations, the story begins “do not judge” but then explains how to judge (take the plank out of your eye first). This slight bending of meaning is due to difficulties in translation. The ancient meaning of the word “judge” is key to understanding Jesus’ lesson.

The verb “krinete” specifically denotes the idea of expressing a negative opinion of someone else, and unkind, condemnatory judgement of another person. Jesus is not specifically telling us to not evaluate others but rather, do not look upon another in a negative light without recognizing first that you have your own set of faults. In other words, don’t be a self-righteous hypocrite. You can counsel another, help him live up to his moral potential, but do not judge him.

More importantly, given our inherent imperfections, Jesus’ example points out how ridiculous it is for humans to judge each other. Only God can see through our outward appearances and understand the underlying motives behind our actions. For Man to think he has the capacity to judge another human being is folly.

The fault of hypocrisy

It is wrong to maintain a false appearance of religion, appear to be pious or devout, while sinning when others are not looking. Besides, it is impossible to help others before first striving to eliminate sin from our own life.

The Pharisees judged others in order to make themselves look good. A Christian on the other hand, must first judge himself so he can make others look good.

The last verse often seems out of place to readers. Assuming that Matthew recorded Jesus’ teachings in the same sequence that they were delivered, this verse seems to contradict what Jesus had just told his followers. Immediately after warning us against judging others, he seems to be telling us to discriminate against a group of people he classifies as “dogs” and “pigs”. To understand what Jesus meant, we must first take the verses in context with the time while recognizing how it serves to balance the first part of Jesus’ message regarding judgement and how it leads in to Jesus’ next lesson regarding generosity.

Jesus is saying that we must not entrust important, holy ideas to unholy people. Given the context of the Sermon on the Mount in its entirety, and his previous reference to hypocrisy in the verses before, it is possible he was referring to the Pharisees or “false prophets” who took Jesus’ lessons and twisted them for their own benefit. But more likely, Jesus was telling us that wasting time sharing the gospel with people who fervently denounce it is like throwing pearls to pigs.

It’s important to note the context of the words Jesus used – dogs and swine – both of which were despised in ancient times.  Given that in ancient times these animals were considered the lowest of the low, sneaky, vile, dirty, despicable creatures – it’s fairly easy to recognize who Jesus’ metaphor is referring to.  The intensity of the words Jesus’ used to denote the subject of his command, implies the unholiest of people, those who hate religion or actively seek to destroy it.

Recognize however, that this is not a dictate to not spread the gospel or a command to not help those in need (even Jesus did not wholly dispense miracles in a magic-trick-like manner but rather, required submission, acceptance, and belief from those that he healed). Rather, it is a lesson pointing out the futility of offering anything holy or sacred to vile and despicable people who we know will simply refuse it or as Jesus told his followers that day, use it against us.

Interestingly, the references to “giving dogs what is sacred” is likely a metaphor taken from the ancient law forbidding sacrificial remnants from being treated as common food (for people or animals). To do so would demean or reduce the value of the sacrifice.

Dogs and pigs (swine) were mentioned frequently in the Bible in a disparaging light. This use of animals as metaphors can be somewhat confusing for modern readers, especially given our love for dogs. In ancient times in the East, dogs and particularly pigs, were despised as mindless followers of men and unclean, dirty animals. Jews and ancients in general, considered dogs (which were not as widely domesticated in ancient times and tended to roam freely, scavenging for food) and swine to be repulsive.

The term used to indicate a large plank of wood can be translated as ‘beam of wood” which refers to a very big piece of wood, the beam used to construct the main beam of a building. Conversely, the speck of wood mentioned refers to a small piece of wood, chaff, or even straw – something so tiny as to be almost irrelevant.

Older translations refer to the speck of wood as a “mote”. A mote is any small particle or speck but typically refers to dust. The ancient word used however, allows for variation in meaning. For instance, a “mote” in the eye while playing in dirt would typically be considered “dust” while a mote in the eye of a woodworker would be recognized (given the environment he was working in) as a speck of wood.

It is clear that Jesus’ metaphor was related to wood and thus, many modern translations interpret “mote” as sawdust, a compromise between the two translations which accurately reflects Jesus’ hyperbolic example.

“Do not judge, or you too will be judged. 2 For in the same way you judge others, you will be judged, and with the measure you use, it will be measured to you.

6 “Do not give dogs what is sacred; do not throw your pearls to pigs. If you do, they may trample them under their feet, and turn and tear you to pieces.

1 “Don’t pick on people, jump on their failures, criticize their faults—unless, of course, you want the same treatment. That critical spirit has a way of boomeranging. It’s easy to see a smudge on your neighbor’s face and be oblivious to the ugly sneer on your own. Do you have the nerve to say, ‘Let me wash your face for you,’ when your own face is distorted by contempt? It’s this whole traveling road-show mentality all over again, playing a holier-than-thou part instead of just living your part. Wipe that ugly sneer off your own face, and you might be fit to offer a washcloth to your neighbor.

6 “Don’t be flip with the sacred. Banter and silliness give no honor to God. Don’t reduce holy mysteries to slogans. In trying to be relevant, you’re only being cute and inviting sacrilege.

7:1 “Do not judge so that you will not be judged. 7:2 For by the standard you judge you will be judged, and the measure you use will be the measure you receive. 7:3 Why do you see the speck in your brother’s eye, but fail to see the beam of wood in your own? 7:4 Or how can you say to your brother, ‘Let me remove the speck from your eye,’ while there is a beam in your own? 7:5 You hypocrite! First remove the beam from your own eye, and then you can see clearly to remove the speck from your brother’s eye. 7:6 Do not give what is holy to dogs or throw your pearls before pigs; otherwise they will trample them under their feet and turn around and tear you to pieces.

7 Judge not, that ye be not judged. 2 For with what judgment ye judge, ye shall be judged: and with what measure ye mete, it shall be measured to you again. 3 And why beholdest thou the mote that is in thy brother’s eye, but considerest not the beam that is in thine own eye? 4 Or how wilt thou say to thy brother, Let me pull out the mote out of thine eye; and, behold, a beam is in thine own eye? 5 Thou hypocrite, first cast out the beam out of thine own eye; and then shalt thou see clearly to cast out the mote out of thy brother’s eye.

6 Give not that which is holy unto the dogs, neither cast ye your pearls before swine, lest they trample them under their feet, and turn again and rend you.