Hawking giveth and Hawking taketh away – oops, there are no “black holes” after all 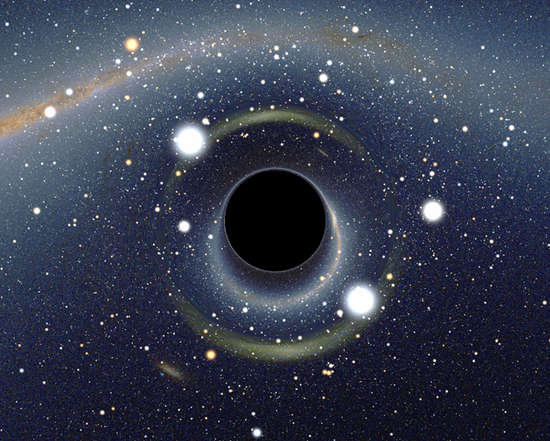 Science is wonderful.  On a tireless effort to unwrap the mysteries of the universe, scientists build upon their knowledge layer by layer until presumably, at some point we’ll understand how this big blue marble functions within the massive space that surrounds us.  The problem with science, and scientists in particular, is that they tend to take their theories as fact while discounting religion as “too fantastical”.  Today Stephen Hawking reversed one well-known concept, black holes, and reminded us that there are still many aspects of the universe that we do not understand (despite his refusal to accept “God” as one explanation for the how and why of our existence).

In a short two-page paper, not yet peer-reviewed, Hawking nixes our current understanding of black holes, those mysterious dark objects from which nothing can escape from, and instead proposes they are “apparent horizons” which suck in matter and energy, but only temporarily, before eventually releasing them again.  The reason for the surprising about-face is the conflict between general relativity and quantum theory which Hawking sought to pacify.  Previously, black holes were thought to contain an “event horizon”, a boundary beyond which even light cannot escape the gravitational pull of the black hole’s dense core.  Now Hawking proposes a shifting boundary, the “apparent” horizon, which fluctuates according to  quantum effects.  According to Hawking:

“The absence of event horizons mean that there are no black holes — in the sense of regimes from which light can’t escape to infinity. There are however apparent horizons which persist for a period of time.”

Hawking admitted that theoretical physicists are still looking for a theory that ties gravity with other universal constants which according to Hawking, “remains a mystery”.  Hawking went on to say that his idea that information was destroyed by black holes was the “biggest blunder” of his life.  Ahem, with all due respect, we can think of at least one bigger blunder……