More than murder – anger, forgiveness, and reconciliation (from the Sermon on the Mount) (Matthew 5:21 – 5:26) 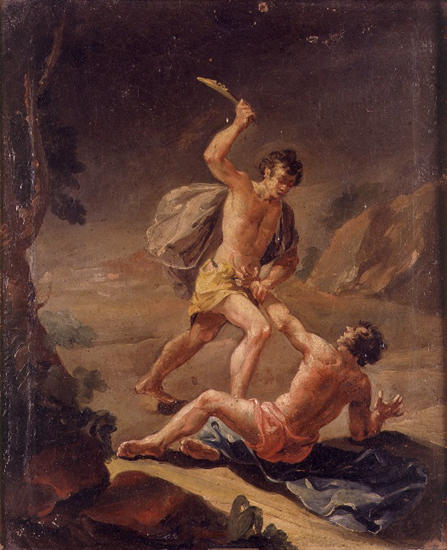 Continuing his Sermon the Mount, Jesus told those listening:

“You have heard it said that “You shall not murder” and that anyone who murders will be judged accordingly. But I say that even someone who is angry with another person will be subject to judgment. Even someone who calls another a belittling name is heading toward the fires of hell.

The importance of this cannot be overstated. Even if you are offering a gift at the altar and you remember someone who you are in conflict with, leave your gift at once and go reconcile with them before returning to present your offering. Settle matters quickly with your adversary. Don’t wait until a judgment is rendered in court but reconcile the problem before then. If not, you may be handed to the judge who hands you to the officer who throws you in prison. And there you will sit until you have paid thoroughly for your sin. “

It’s more than just the value of human life

The scribes and Pharisees taught that if one simply refrained from murder, he had complied with the Old Testament guidelines. Jesus said it went much further than this and explained that even anger, the hatred, hostility, and contempt for others that can lead to murder is also unacceptable. He explained that not only was human life valuable, but the quality of life held value too and just as the act of murder is liable to legal judgment, the act of anger and contempt is liable to God’s judgment.

Jesus also told those listening that if one wished to keep the spirit of the command, or if one fell short of it, they should reconcile with their adversary. The importance of reconciliation was so great, Jesus said we should even stop worshiping and resolve the conflict before continuing our worship.

Much of what Jesus iterates relates to self-control. His discourse regarding anger illustrates the escalation of emotions that begins with anger, leads to name calling (e.g. “Raca”), and finally to outward bursts of anger (e.g. “You fool!”). Thus, lack of self-control (combined with lack of respect for human life) can allow unchecked feelings of anger to escalate and lead to violent acts.

Furthermore, Jesus notes that the unchecked escalation of natural, but potentially dangerous emotions such as anger, can be circumvented by eliminating the situations that cause the anger in the first place. By resolving conflict quickly, we remove the seed from which anger may sprout.

The societal acceptance of public displays of anger

“Thou shalt not kill” – a simple, concise four-word command, easy to understand, easy to remember, and embodied in the legal system of most modern-day societies. But Jesus explained that the intent behind the Old Testament mandate extended beyond forbidden murder. He explained that even the anger that often prefaces murderous acts, is unacceptable.

No present-day legal system forbids anger but some societies, especially in cultures based on Christian or other pacifist-type religions, do frown on anger, particularly the public display of rage. In the United States for instance, public displays of anger or unbridled outbursts of rage towards another person are deemed unacceptable and rarely occur. When they do transpire, it is not uncommon for the act to be followed by violent action.

Similarly, in these faith-based societies, mockery is often prohibited by legal statutes (particularly racial slurs) and even minor infractions which may be technically legal, are deemed socially unacceptable. Despite the presence or absence of laws prohibiting outbursts of anger and mockery, societal norms, which are derived and naturally evolved from faith-based rules of conduct, effectively enforce proper behavior within the society.

Contrast this with other countries, particularly third-world countries or countries guided by alternative-religions, where anger is acceptable and even encouraged. For instance, in those countries bartering exchanges may involve angry discourse intended in part to invoke intimidation (to gain advantage in the trade) and political leaders douse public speeches with spurts of angry outbursts and derogatory ridicule of opponents in order to emphasize their point. As you would expect, these societies tend to place a lesser value on human dignity and in some instances, even lessen the value of human life. As a result, the boundary between unrestrained violence and non-violence may be slim.

A penny in Jesus day

The penny (“farthing” in the King James Version) mentioned in the last verse was a “quadran”, a Roman coin worth 1/64 of a denarius. The parallel passage in Luke references the lepton which was equal to 1/2 of a quadran and the smallest coin available at the time.

The fires of hell – Valley of Hinnom

Gehenna is one of the two principal valleys surrounding Jerusalem and the location where idolatrous followers of Ba’als, Molech, or other foreign gods sacrificed their children by fire. As such, the valley was deemed to be cursed and the destination of the wicked. In Jesus’ day, it became the landfill for the city, into which the bodies of criminals, degenerates, animal carcasses, and other wastes were disposed of. The refuse was almost always burning and given the valley’s depth and narrowness, it became a visual representation for Hades.

Interestingly, the translation indicates that Jesus was actually referring to this valley of burning refuse and not Hades itself. However, since the Valley of Hinnom was a common visual metaphor for the true Hell, his words can be considered synonymous with Hades.

The exact location of the valley is disputed but most scholars believe it is the valley located below the southern wall of Jerusalem (modern day Wadi er-Rababi).

“Anyone who is angry with a brother or sister”

The translation of this verse is controversial but it need not be. Early interpretations included the phrase “without cause” as in “Anyone who is angry with a brother or sister *without cause*”. Later translations however, exclude the phrase. Surprisingly, the later translations are semantically correct (i.e. “without cause” should not be included in the text). However, taken in context with the other New Testament scripture, it is likely implied. In other words, unjust anger towards another (as opposed to naturally-occurring feelings of anger felt in response to a provoking action or event), especially if you do not contain the anger and/or choose to act on it (e.g. demean the adversary or call them names), is unacceptable.

Anyone who says to a brother or sister, “Raca”

The meaning of this word is disputed. It likely means “fool” or “idiot”.

23 “Therefore, if you are offering your gift at the altar and there remember that your brother or sister has something against you, 24 leave your gift there in front of the altar. First go and be reconciled to them; then come and offer your gift.

21–22 “You’re familiar with the command to the ancients, ‘Do not murder.’ I’m telling you that anyone who is so much as angry with a brother or sister is guilty of murder. Carelessly call a brother ‘idiot!’ and you just might find yourself hauled into court. Thoughtlessly yell ‘stupid!’ at a sister and you are on the brink of hellfire. The simple moral fact is that words kill.

23–24 “This is how I want you to conduct yourself in these matters. If you enter your place of worship and, about to make an offering, you suddenly remember a grudge a friend has against you, abandon your offering, leave immediately, go to this friend and make things right. Then and only then, come back and work things out with God.

25–26 “Or say you’re out on the street and an old enemy accosts you. Don’t lose a minute. Make the first move; make things right with him. After all, if you leave the first move to him, knowing his track record, you’re likely to end up in court, maybe even jail. If that happens, you won’t get out without a stiff fine.

5:21 “You have heard that it was said to an older generation, ‘Do not murder,’ and ‘whoever murders will be subjected to judgment.’ 5:22 But I say to you that anyone who is angry with a brother will be subjected to judgment. And whoever insults a brother will be brought before the council, and whoever says ‘Fool’ will be sent to fiery hell. 5:23 So then, if you bring your gift to the altar and there remember that your brother has something against you, 5:24 leave your gift there in front of the altar. First go and be reconciled to your brother and then come and present your gift. 5:25 Reach agreement quickly with your accuser while on the way to court, or he may hand you over to the judge, and the judge hand you over to the warden, and you will be thrown into prison. 5:26 I tell you the truth, you will never get out of there until you have paid the last penny!