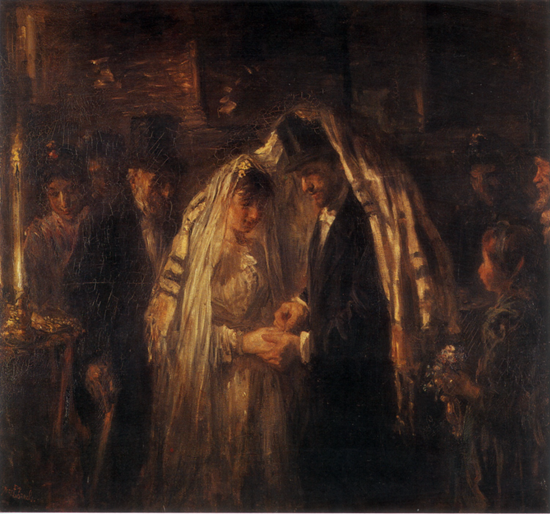 Continuing his Sermon on the Mount lesson, Jesus told his disciples and followers:

The Old Testament instruction regarding divorce was fairly vague: a couple could divorce if the husband found something indecent about the wife, something that was displeasing to him. In ancient Israel, many religious groups took this to mean a couple could divorce for any reason, even over minor disagreements. Jesus however, said that in God’s eyes, marriage was insoluble, a sacred vow that could not be broken except in instances where a marriage partner committed adultery.

The sacred institution of marriage

Jesus reminded us that the institution of marriage makes the man and woman “of one flesh” and that a man who betrays his spouse through divorce is no less unfaithful to his marriage than an adulterer or person full of lust. Given the sacredness of the marriage institution, it’s easy to understand why the arrangement should not be taken lightly nor broken easily.

In principle, remarriage is adulterous because God considers marriage permanent and does not recognize the divorce. This moral issue here however, is not the remarriage but the invalidity of the divorce (in God’s eyes) in the first place.

Will a divorced person be sentenced to hell?

Of course not, but it’s easy to see how Jesus’ statements on divorce can cause quite a bit of discomfort and confusion – especially for divorced couples.  Understand that God does not expect us to be perfect.  Still, we must recognize what God expects of us and make a conscious effort to do the right thing and that includes entering a marital agreement with the intent to put forth the effort required to make it work (see below).

Maintaining a marriage – a challenge for modern couples

Why do marriages end?

Statistics reveal that the number one reason for divorce in modern-day marriages is infidelity. The remaining reasons for breaking up a marriage are typically matters of personal conflict that could be resolved if the couples were truly committed to maintaining the marriage agreement. Divorced couples site various reasons for the breakup such as we were unhappy, we argue too much, we fell out of love, we didn’t communicate any more, we wanted different things, they changed, or we had money problems. Other more serious reasons, such as spousal abuse or problems related to addiction and alcoholism, are statistically very rare.

As it turns out, Jesus’ statement regarding grounds for divorce are just as accurate and meaningful today as they were thousands of years ago. The only difference being – today we take marital arrangements much less seriously, entering the marriage without much thought, no true commitment to the sacred vows, and with the expectation that marriage should just work with little or no effort from the marital partners.

How to make a marriage last a lifetime

So how does a modern-day couple ensure their marriage will last a lifetime? The first key to a successful marriage is of course, to make sure you truly love the person you marry. Since Jesus emphasizes the importance of keeping a marriage intact, couples must take the commitment seriously and ensure they are compatible before taking the sacred vows. In general, determining your compatibility with another simply takes time.

Secondly, both partners must agree on the importance of maintaining the marital arrangement and agree to work together to keep the marriage intact even when times are tough. Ask any happily-married couple what the secret of a successful marriage is and they will inevitably tell you this: you have to work at it. This means couples must be able to resolve the conflicts that will inevitably arise during the marital arrangement and both must be willing to concede to their partner when necessary.

Thirdly, both partners must continuously work on the relationship which is fairly natural if they treat each other as any Christian would treat another person. However, if you think this type of mutual effort just comes naturally between two persons who have maintained a close relationship for a long period of time, consider the typical lifecycle of a problematic marriage.

The typical lifecycle of a bad marriage

The first thing to go in a difficult marriage is typically politeness. Partners begin criticizing each other, redirecting their pain and problems towards their spouse, and in general, believing that being “comfortable” with a person means they don’t have to say “thank you” when that person passes the salt.

Next, feelings of contempt may arise which lead to hostile humor or contemptuous body language (e.g. eye rolling). Responses to their partner occur via snipes and sneers with each spouse equating the sound of the other’s voice with fingernails screeching down a chalkboard.

Partners may then become defensive, making no attempt to understand the spouse’s point of view, denying responsibility when a mistake is made and making excuses rather than working to resolve the problem. Finally, communication begins to stop altogether during a period in the relationship when it should be strongest.

You wouldn’t treat an acquaintance or friend like this – ever – and you shouldn’t treat your spouse like this either. In fact, given their status as your partner for life, you should treat them with more adoration and respect than any other human being on earth. This means you must not become complacent and must *always* treat your partner with respect.

Be a non-defensive listener and care enough about your partner (and your marriage) to listen intently to their feelings and concerns. Listen to your partner and let them know you understand them. Don’t allow yourself to become “comfortable” in the relationship, allowing every emotion to spill forth with no restraint.

Finally, make your partner smile.  Turn your focus from concerns with your spouse’s actions to acting in a manner that makes your partner smile.  Be a good Christian and treat them in a manner that makes them feel good regardless of their actions or response to your treatment.  Ignore whether or not your spouse makes *you* smile – that’s not the point.  If you married a partner with the same moral compass as yours, and a commitment to the sanctity of marriage, then they will naturally work hard to do their part to create and maintain a healthy marriage.

In short, *always* treat your partner as any good Christian would treat another and your marriage will last a lifetime.

The Jewish wedding practice in Jesus’ day differed from our modern-day weddings and involved a process that could take years to complete. An ancient Jewish wedding worked like this:

First, the bride chose her husband (or agreed to an arrangement secured by her parents) and her father signed a binding contract (the “ketubbah”) that specified the terms of the arrangement. At this point, the couple were deemed “married” but they did not live together yet nor have sexual relations.

Once the groom accumulated the amount of money (the “mohar“) or performed the service as specified in the marital contract, he arranged to meet the bride at her home to consummate the marriage (often with companions of the bride and groom waiting outside the room).

After the consummation, the groom would take the bride, via a public celebratory procession, back to his home (hence the phrase, “to take” a wife).  The couple and the wedding party then attended a large feast which could easily last for several days. Once the feast concluded, the marriage process would be complete.

As you can see, the period we would consider “courtship” today lasted quite some time giving both bride and groom plenty of time to contemplate the relationship before consummating the marriage.

The importance of a successful marriage in ancient Near East

Marriage in the ancient Near East was truly a tribal affair (one of the reasons parents often carefully arranged the marriage themselves) that transitioned the woman from her birth family to the family of the groom. In a society where each member served a specific, crucial function required for the the very survival of the family, this was no small change to the family structure. On one hand, losing a daughter meant the loss of a productive member of the clan (hence the mohar paid to the bride’s family).  On the other hand, if the daughter was unable to get along with her new family, she could be returned to her parents, discarded and discredited, creating a sense of mutual irritation between the families. Thus, any problems in the marriage could impact more than just the bride and groom – an unsuccessful marriage could impact the entire tribal unit.

31–32 “Remember the Scripture that says, ‘Whoever divorces his wife, let him do it legally, giving her divorce papers and her legal rights’? Too many of you are using that as a cover for selfishness and whim, pretending to be righteous just because you are ‘legal.’ Please, no more pretending. If you divorce your wife, you’re responsible for making her an adulteress (unless she has already made herself that by sexual promiscuity). And if you marry such a divorced adulteress, you’re automatically an adulterer yourself. You can’t use legal cover to mask a moral failure.

5:31 “It was said, ‘Whoever divorces his wife must give her a legal document.’ 5:32 But I say to you that everyone who divorces his wife, except for immorality, makes her commit adultery, and whoever marries a divorced woman commits adultery.