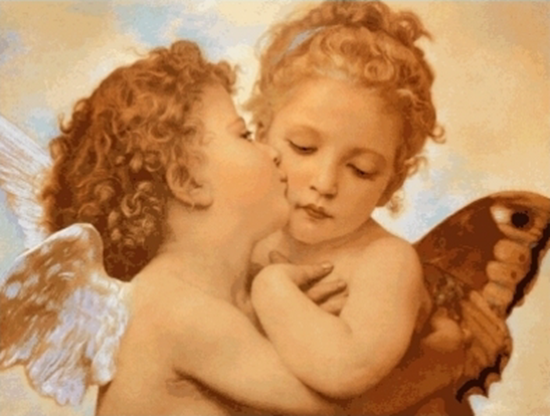 Continuing the Sermon on the Mount, Jesus said:

You have heard it said, ‘An eye for an eye, a tooth for a tooth’ but I tell you, do not resist attacks from an evil person. If someone slaps you on the right check, turn to them the other cheek also. If anyone desires to sue you in order to take the shirt off your back, freely give them your coat as well. If anyone forces you to go one mile, travel with them two miles also. Give to anyone that asks of you and do not reject someone who asks to borrow from you.

Jesus tells us that as Christians, we should always return good for evil and be characterized by overwhelming generosity. We should be prepared to suffer personal losses ourselves rather than causing another person to suffer. Contrary to what many may claim, this moral guideline likely applies by extension to groups who represent people (e.g. governments, businesses) as well.

Ancient “eye for eye” law and its relationship to Jesus’ lesson

The phrases “eye for eye” and “tooth for tooth” derive from several Old Testament passages and represent what is known as the Law of Retaliation or the Laws of Compensation. Its intent was twofold: to proclaim that another person’s life and liberty was no less important than one’s own and to ensure the law was not applied beyond what was required for proper punishment while still allowing for an adequate correction to discourage crime. As the Hebrews interpreted and applied the law, it would be written more accurately as “only an eye for an eye and only a tooth for a tooth”. It prevented an individual from retaliating beyond what was necessary while providing the magistrate (judge) adequate punishment as a deterrent to crime (similar to our modern-day legal ethics).

Jesus points out that although these rights are guaranteed by law, we need not unnecessarily claim those rights as individuals. He was not revoking a judicial law (or he would have specifically said so) but rather, calling for his followers to not make use of the law. It’s a subtle difference but one that is important to understand.

Taken into context with the rest of the biblical lessons (both Old Testament and New Testament), Jesus does not overturn the Old Testament moral law – he expands on it to make the point that we should be generous, kind, forgiving and not retaliate out of anger. This verse if often confusing to Christians and requires a deeper understanding of the differences between New Testament commands and Old Testament judicial/civil and ceremonial law.

Turn the other cheek – but can I defend myself?

It is interesting to note that Jesus does not suggest we run away from a conflict. Quite the contrary, he implies we stand firm, confident and strong, and turn the other cheek to our aggressors. While a weaker man may lash out or retreat in fear, only a strong man can suffer hurt, stand firm, and still love his attacker in return.

This story is another example of the need to interpret the scripture within the greater context of the Bible itself. “A slap on the cheek” is nothing more than an illustration Jesus used to make his overall point and should not be construed out of context. Regardless, a “slap on the cheek” is not an effective or particularly dangerous physical attack but rather in indignant affront to the person being slapped. Taken in context with the entire lesson, it does not imply that you cannot physically protect yourself when endangered, which would go against our will to survive, but merely teaches that we should return good for evil.

Forced to go one mile

This phrase is almost entirely lost to modern-day English readers. The concept of “forcing you to go a mile” almost certainly relates to on-the-spot forced military service at the time. During Jesus’ day, Roman soldiers occupied Israel and could stop citizens (who may be passing a post-station along the road) and force them to carry a load or deliver a message despite the inconvenience to the citizen. Hence, they had the legal authority to “force you to go a mile”.  It was apparently freely used by the Romans at the time and as expected, not very popular with the Jewish people.

Ancient non-biblical texts show us that many ancient cultures, including the Near East, implemented similar “eye for eye” laws. In most cases however, the legal application of the law varied depending on one’s social class. The premise behind the eye for eye law, called lex talionis, provides the foundation for our modern-day legal system by making the punishment for a crime commensurate with the offense.

Shirt and coats in ancient Israel

Jesus mentions giving the “shirt” and “coat” off our backs. These ancient words used actually translate to “tunic” (a shirt-like undergarment) and “mantle” (an over garment primarily used as a covering during the night) respectively. It is worthy to note that the mantle (coat) would be the more expensive of the two and given its importance to the wearer’s survival (to keep warm), was often specifically exempted in Jewish law.

38 “You have heard that it was said, ‘Eye for eye, and tooth for tooth.’ w 39 But I tell you, do not resist an evil person. If anyone slaps you on the right cheek, turn to them the other cheek also. 40 And if anyone wants to sue you and take your shirt, hand over your coat as well. 41 If anyone forces you to go one mile, go with them two miles. 42 Give to the one who asks you, and do not turn away from the one who wants to borrow from you.

“Here’s another old saying that deserves a second look: ‘Eye for eye, tooth for tooth.’ Is that going to get us anywhere? Here’s what I propose: ‘Don’t hit back at all.’ If someone strikes you, stand there and take it. If someone drags you into court and sues for the shirt off your back, giftwrap your best coat and make a present of it. And if someone takes unfair advantage of you, use the occasion to practice the servant life. No more tit-for-tat stuff. Live generously.

5:38 “You have heard that it was said, ‘An eye for an eye and a tooth for a tooth.’ 5:39 But I say to you, do not resist the evildoer. But whoever strikes you on the right cheek, turn the other to him as well. 5:40 And if someone wants to sue you and to take your tunic, give him your coat also. 5:41 And if anyone forces you to go one mile, go with him two. 5:42 Give to the one who asks you, and do not reject the one who wants to borrow from you.

38 Ye have heard that it hath been said, An eye for an eye, and a tooth for a tooth: 39 But I say unto you, That ye resist not evil: but whosoever shall smite thee on thy right cheek, turn to him the other also. 40 And if any man will sue thee at the law, and take away thy coat, let him have thy cloke also. 41 And whosoever shall compel thee to go a mile, go with him twain. 42 Give to him that asketh thee, and from him that would borrow of thee turn not thou away.