How do we reconcile the differences in Old Testament Law and Jesus’ New Testament teachings? 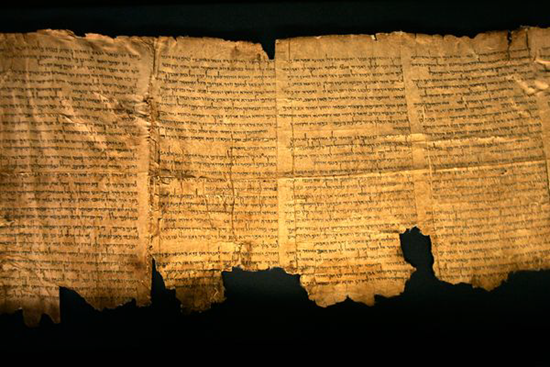 Difficulty reconciling differences between the Old and New Testaments

There is no contradiction but one is old, and the other is new

Confusion regarding seemingly contradictory biblical text typically occurs when a reader isolates the text leading to a misunderstanding of the Bible’s overall message. Focusing on smaller fragments of the scripture, and thus taking the scripture out of context, can cloud interpretation of the overall message (the same rule applies to any literary work).

A clear understanding of what changed in the New Testament (and why) requires awareness of the timing of events, an understanding of the difference in Old Testament moral and ceremonial/judicial laws, and a bit of common sense (after all, the names of the two testaments pretty much provide the answer to the question we are asking).

Understanding moral, ceremonial, and judicial law changes in the Bible

The “laws” (or commands) in the Bible can be broken down into three easily discernible categories – Judicial or Civil, Ceremonial, and Moral. Judicial or Civil laws were specifically applicable to the ancient Israelites at the time and included definitions of various crimes (e.g. adultery, murder) and their respective punishment (e.g. restitution, execution). Ceremonial laws defined the customs which constitute a symbolic representation of their spiritual practice and defined the behavior Israelites should follow to maintain a close, spiritual relationship with God. The third type of law, moral law, was (and is) related to the definition of moral standards that govern the acceptable behavior of the people.

The first two types of laws in the Old Testament, Judicial and Ceremonial, are tied tightly to the operation of the civilization and are as such, extremely sensitive to timing and the maturity of the civilization and its culture. As a civilization progresses, civil laws (particularly the punishment aspect) may change as the civilization gains experience operating as an enlightened group. Similarly, ceremonial aspects of the culture may also change as the population matures and is capable of shifting to a more spiritual type of religious experience without the need for external ceremonial acts. Judicial and Ceremonial laws in the Old Testament worked especially well for ancient Israel at the time but soon grew stale and unnecessary.

Moral laws define the morality of the civilization and act as the constructs that protect the health, safety, and wellbeing of the civilization as a whole. They preface and act as the foundation for Judicial and Ceremonial laws. Moral laws never change. This is supported by Jesus’ teachings in which he explains, expands, and contrasts Moral laws while pointing out the inconsistencies in the ceremonial and judicial practices taught by the Pharisees.

What happens when Old and New Testament commands intersect?

Some may become particularly confused when the different types of biblical laws intersect. For instance, the command “Thou shalt not kill” seems to conflict with the judicial directive that the death penalty is permissible punishment for murder. To untangle the interpretation, recognize that the first is a command related to morality (thou shalt not kill) while the latter is related to judicial punishment (imposed by magistrates) for a crime. In other words, one is specifically directed at individuals while the other is more of a legal directive for the civilization as a whole.

It may also help to remember that the biblical Old Testament served a much different purpose for people thousands of years ago. Whereas today we use the Old Testament to understand God’s directives regarding our morality, ancient civilizations (Israel in particular) used it to define their legal laws and rules for religious ceremonies. The “intersecting points” of law that may confuse the reader typically are either (1) understood in the wrong context (e.g. moral law directed at individuals taken to be a civil or judicial law directed at the society) or (2) are laws that specifically applied to ancient Israel.

Did the laws really change?

Presumed contradictions between the Old and New Testaments

The Old Testament issues that appear to be overturned by New Testament scripture are actually few in number and include the following:

What do we find in common with the items listed above? They are all examples of “judicial” or “ceremonial” laws.

Who does the law apply to

Many theologians, supported by biblical verses, believe that the ceremonial and especially judicial laws were intended for magistrates (judges) only and not applicable to individuals. In fact, many of these laws would be perceived as vengeful if applicable to individuals and compassionate if applicable to magistrates only (because they placed limits on the punishment allowed). For instance, the “eye for eye” law would seem particularly harsh if carried out by individuals when they were wronged. On the other hand, if used by magistrates as the mandate for punishment, it provides a limit on the fair and equitable punishment allowed by law. Thus, as related to individual directives (i.e. moral laws), nothing really changed.

It is important to recognize that moral law did not change – that is obvious from Jesus’ teachings. In fact, Jesus explained that the moral law had been diluted by the Pharisees and through his New Testament lessons, moral laws are perceived as much stricter. This is what Jesus meant when he said his intent was not to abolish “Old Law”.

It’s all in the name

In short, recognize that the names of the testaments explain it all. The Old Testament included a set of judicial and ceremonial rules or laws that we call the “old covenant”. The Old Covenant was directed specifically at ancient Israel. That covenant obviously changed with the introduction of Jesus – a new covenant was introduced, one that focused more on strengthening the moral laws of the Old Testament and applicable to all people throughout the world.