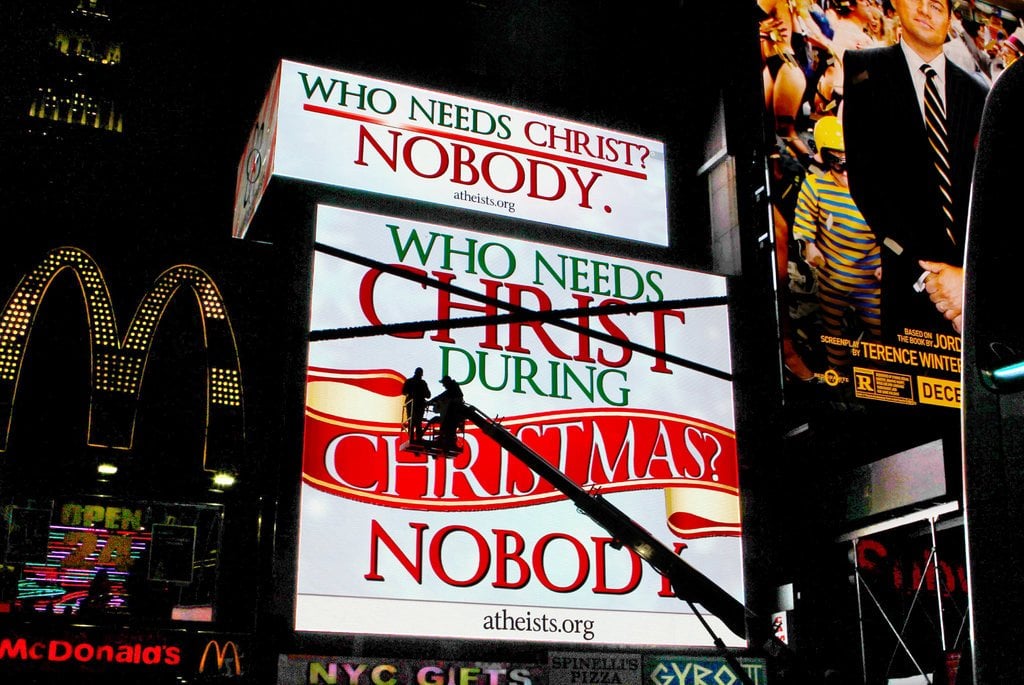 Recently I wrote about the consequences of Christians’ association with radical right-wing supporters and the anger it fostered in those outside our religion. As a result of this unfortunate alliance, we are entering an era of anti-Christian rhetoric, unlike anything seen in modern times. An example of this anticipated anti-Christian rhetoric appeared this week from a liberal-left media outlet – Boing Boing.

Under the titillating title “Christians censor monoliths, vandalize property and tear down monuments”, the article claimed Christians were tearing down the mysterious monoliths that have been appearing across the world. Of course, Christians, like everyone else, find these monoliths amusing. We’re certainly not tearing them down out of fear. But the evidence submitted by Boing Boing was not just misleading, it was unethical journalism at its finest.

The Boing Boing article made liberal usage of a San Luis Obispo Tribune article about an escapade videoed in San Luis Obispo, California, the quirky little town in Central California that banned all drive-thru restaurants in 1982. According to the article, a group of young Christian men drove to San Luis Obispo to tear down a monolith that recently appeared in Atascadero’s Stadium Park. The group videoed their trip. According to Boing Boing, the “censorious Christians, who almost certainly would have been upset if someone had done something similar to a statue of Jesus or Robert E. Lee,” tore down the monolith to “tell the alien overlords they are not welcome”.

To any rational human being, it was clear that the group of men were not Christians and the video was nothing more than an attempt to spoof Christians as superstitious, ignorant, radical-right buffoons.

As seen in the video, the “Christians” picked up a homemade wooden cross on the way, referred to the monolith as “an alien obelisk” and a “Pagan monument”, wore night-vision goggles and camo dress and noted that they were “going on a 500-mile roundtrip to steal a “f***ing monolith”. According to the men, they were operating on “direct orders of QAnon and President Trump himself”. “That’s how much we love Jesus Christ,” one of the men says during the video.

Boing Boing presents the video as fact with a small disclaimer at the end noting that the “First Amendment-hating Christian Trump supporters” could be pretending. Regardless, this is outsiders perceive Christianity today and many will take the video as a factual representation of Christian radicalism.

Another media event that may damage Christian faith is an upcoming Discovery+ docuseries titled “Breaking Hillsong”. The series will reportedly skewer Hillsong NYC pastor Carl Lentz who was terminated after it was revealed he had a five-month long affair with a Muslim fashion designer.

According to Discovery+, the series will profile “current and ex-members of the church who have come forward to share harrowing stories of trauma, abuse, financial and labor exploitation, homophobia and racism that created a culture of chaos at Hillsong.”

The fix to the anti-Christian crusade – stop making it easy for the media to skewer you!

This twisted perception of Christianity will spread, especially among our youth who have already begun breaking away from organized religion, and may even cause some current Christians to lose their way.

The fix to the Christian dilemma is clear. We must first make a significant change in our behavior. We cannot associate with (nor support) those who do not represent our ideals. Then we must make a concerted effort to demonstrate the change to those outside our religion so they see who we truly are. Then we wait.

You can read the full Boing Boing article below.

Were the ten biblical plagues natural events? Would it matter if they were?