Wisdom of Jesus Son of Sirach 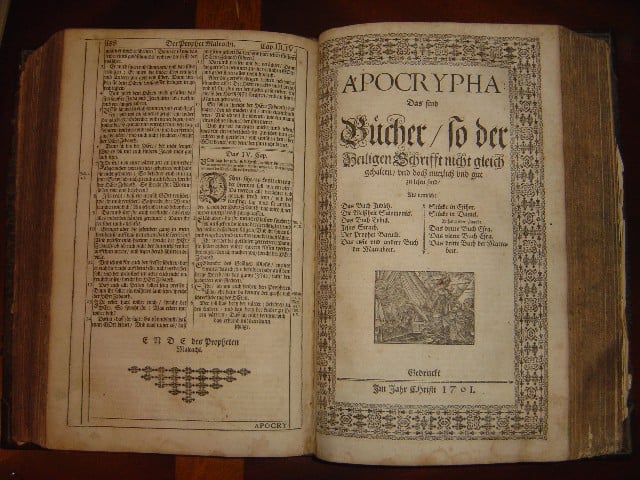 Sir.0
[1-14] Whereas many great teachings have been given to us through the law and the prophets and the others that followed them, on account of which we should praise Israel for instruction and wisdom; and since it is necessary not only that the readers themselves should acquire understanding but also that those who love learning should be able to help the outsiders by both speaking and writing, my grandfather Jesus, after devoting himself especially to the reading of the law and the prophets and the other books of our fathers, and after acquiring considerable proficiency in them, was himself also led to write something pertaining to instruction and wisdom, in order that, by becoming conversant with this also, those who love learning should make even greater progress in living according to the law.
[15-26]
You are urged therefore to read with good will and attention, and to be indulgent in cases where, despite out diligent labor in translating, we may seem to have rendered some phrases imperfectly. For what was originally expressed in Hebrew does not have exactly the same sense when translated into another language. Not only this work, but even the law itself, the prophecies, and the rest of the books differ not a little as originally expressed.
[27-36]

When I came to Egypt in the thirty-eighth year of the reign of Euergetes and stayed for some time, I found opportunity for no little instruction. It seemed highly necessary that I should myself devote some pains and labor to the translation of the following book, using in that period of time great watchfulness and skill in order to complete and publish the book for those living abroad who wished to gain learning, being prepared in character to live according to the law.