Ultimately, the ones who harm Christianity the most are… Christians – how hypocrisy works to destroy religion and faith. 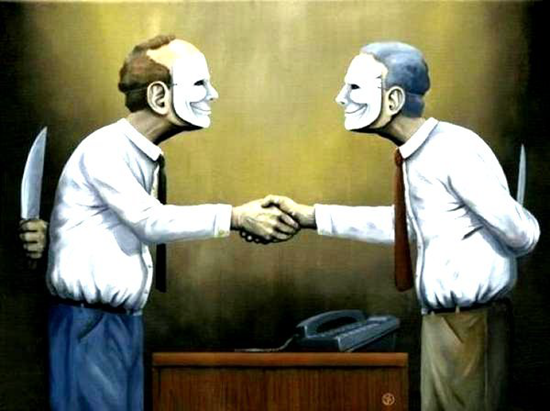 When Christians are un-Christlike

This week, my heart was broken by reader responses to an article on a Christian news website. The story covered migrant workers desire to enter the United States and the U.S. responses to recent events. I was stunned at the reader comments. I would presume the comments were written by Christians but full of anger, hatred, and hostility, they were the most un-Christlike statements I could have ever imagined.

“Why should your American Government have to fork out millions of dollars, to put up tents for all the asylum seekers and pay for their upkeep and processing?”

“These people in the caravan want freebies. They are escaping violence. Well I hate to tell you but America has violence. You can’t escape it, you deal with it.”

“They rob us through our welfare system, they steal our land, steal our jobs, claim rights that are not theirs, and rape and murder our citizens. We need to start shooting them.”

Close your eyes. Can you imagine Jesus staying any of these things? I’m sure many of the commenters are good people – but they are either ignorant of the Bible’s teachings or they allowed emotion to overcome their feelings leading to public behavior that was not only un-Christian, but could cause anyone outside of our religion to at best, turn away, and at worst, actively work to destroy a religion that in their eyes, would appear to be comprised of hordes of angry hypocrites.

When Christians are hypocrites

Hypocrisy, behavior that does not agree with what someone claims to feel or believe, is mentioned several times in the Bible. Jesus recognized the dangers of hypocrisy and outwardly expressed his feeling on the subject. Jesus loathed hypocrisy.

Christian hypocrites are not necessarily “bad people”. They may be new to Christianity and still growing. After all, the Christian moral code is an incredibly high standard. Or they may not understand that being a Christian is no walk in the park. It requires dedication and hard work.

Hypocrites may not have put in the time and effort to study and learn the word of God. It’s an inexcusable act of laziness, another trait that Jesus despised. Or possibly they lack the intellect required to read and understand Jesus’ message. These are people that Christians are obliged to assist.

Hypocrites may have been misled by church leaders and developed a twisted view of the biblical scriptures. They may not know that we are obligated to believe the Bible, not the preacher’s interpretation of it, and that our objective is to follow what Jesus said, not what the leader of the church proclaims. Sure, most ministers are highly trained and well-versed with biblical knowledge but sadly, there are more than enough hypocritical preachers to cause rampant damage to the souls of followers who blindly follow their teachings.

The dangers of being a Christian hypocrite

It is a sad fact – throughout history, unspeakable horrific acts have been conducted in the name of Christianity. Some of these acts took place hundreds of years ago but to this day are used as examples to reject the gospel’s message, discredit Christianity, and turn people away from religion. It is, of course, a fallacy that Christianity is based on the acts of Christians rather than the acts of Jesus. Regardless, as Jesus stated many times, we must not be hypocrites. Un-Christian like hypocritical behavior destroys faith.

What God expects instead

God expects a will and dedication to developing and practicing compassion, kindness, humility, patience, forgiveness, and gentleness. It’s important to recognize that God does not want us to talk about these traits, claim you possess these qualities or that you simply believe in them, God wants us to live by these traits every day of our lives. Anything less and you are a hypocrite that is not only sinning against God but misrepresenting Christianity and potentially destroying the faith of others.

Whoever claims to love God yet hates a brother or sister is a liar. For whoever does not love their brother and sister, whom they have seen, cannot love God, whom they have not seen.

If anyone thinks they are something when they are not, they deceive themselves.

“Isaiah was right when he prophesied about you hypocrites; as it is written: “ ‘These people honor me with their lips, but their hearts are far from me.’”

They claim to know God, but by their actions they deny him. They are detestable, disobedient and unfit for doing anything good.

“Beware of the teachers of the law. They like to walk around in flowing robes and love to be greeted with respect in the marketplaces and have the most important seats in the synagogues and the places of honor at banquets. 47 They devour widows’ houses and for a show make lengthy prayers. These men will be punished most severely.”

Do not merely listen to the word, and so deceive yourselves. Do what it says. 23 Anyone who listens to the word but does not do what it says is like someone who looks at his face in a mirror and, after looking at himself, goes away and immediately forgets what he looks like.

“Not everyone who says to me, ‘Lord, Lord,’ will enter the kingdom of heaven, but only the one who does the will of my Father who is in heaven.”