The disciples of John the Baptist ask Jesus why he doesn’t fast like the traditional Pharisees – (Matthew 9:14 – 9:17) 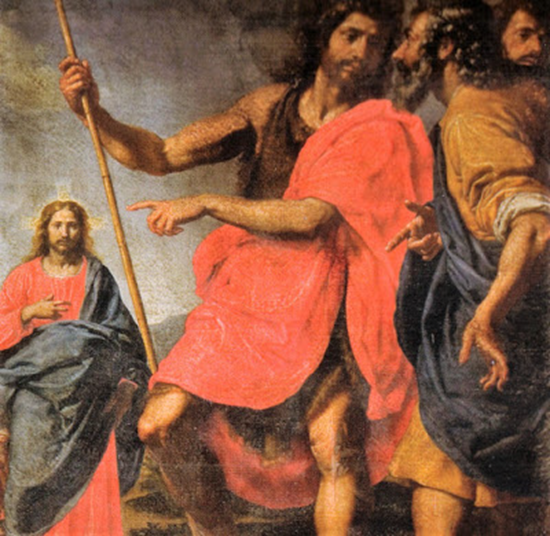 The disciples of John the Baptist went to Jesus and asked him, “How is it that we and the Pharisees fast, but your disciples do not?”

Jesus continued, “No one sews a patch of unshrunk cloth onto an old garment for the patch will pull away from the garment, making the tear worse. Neither do people pour new wine into old wineskins. If they do, the skins will burst. The wineskin will be ruined and so will the wine. No, they pour new wine into new wineskins and both are preserved.”

Jesus responds to John the Baptist’s disciples with beautiful analogies that explain his purpose on earth. Old wineskins become brittle and easily burst. New wine in new wineskins is illustrative of Jesus’ intent to not just break Jewish tradition, but to fundamentally change the Pharisees misinterpretation of God’s Old Testament message. Jesus was telling John’s disciples that he would not be stuffed into stereotypical Jewish tradition. Jesus was the new wine – and a new wineskin was needed.

Were the followers of John the Baptist jealous of Jesus?

At the time, John the Baptist as in prison (Matthew 4:12), leaving his followers leaderless. Most of his disciples willingly accepted the teachings of Jesus even though some of Jesus’ doctrine contradicted the beliefs of John the Baptist. Some may wonder if, in this instance, John’s disciples were seeking answers to a theological question (“why do you not fast”) or if their questions were presented as a jealous challenge to Jesus’ teachings.

There is no indication in the Bible that Jesus and John had anything but an amicable relationship. John was fully supportive of Jesus’ ministry and it is likely his disciples were too.

The beginning of a new era in Israel

When asked why Jesus and his followers did not fast like the Pharisees, Jesus’ response is forthcoming and profound. The meaning of “putting new wine into new wineskins” is Jesus’ way of telling John’s disciples that he was something altogether new, and that the old ways of doing things were about to pass.

In ancient Israel, Israelites used skins to store liquids. These skins differed from “waterskins” which were typically made from the bladder of an animal. The skin (or leather) of an animal (e.g. goat) was sewed to form a container for liquids, usually wine. The skin was tanned and sometimes lined with animal bladders. The seams were sealed with tree sap or resins to prevent liquids from seeping through.

Over time, these skins would become hard and brittle – especially susceptible to bursting when fermenting gases from aged wine caused excessive expansion of the skin.

Regular fasting was common in the ancient Near East – not just with Jews but others as well. Some Jews fasted as often as twice per week (Monday and Thursday).

Fasting was a means to invoke (or promote) discipline. To willingly abstain from live-giving food showed you cared more about God than your own life.

Then John’s disciples came and asked him, “How is it that we and the Pharisees fast often, but your disciples do not fast?”

15 Jesus answered, “How can the guests of the bridegroom mourn while he is with them? The time will come when the bridegroom will be taken from them; then they will fast.

16 “No one sews a patch of unshrunk cloth on an old garment, for the patch will pull away from the garment, making the tear worse. 17 Neither do people pour new wine into old wineskins. If they do, the skins will burst; the wine will run out and the wineskins will be ruined. No, they pour new wine into new wineskins, and both are preserved.”

14 A little later John’s followers approached, asking, “Why is it that we and the Pharisees rigorously discipline body and spirit by fasting, but your followers don’t?”

15 Jesus told them, “When you’re celebrating a wedding, you don’t skimp on the cake and wine. You feast. Later you may need to pull in your belt, but not now. No one throws cold water on a friendly bonfire. This is Kingdom Come!”

16–17 He went on, “No one cuts up a fine silk scarf to patch old work clothes; you want fabrics that match. And you don’t put your wine in cracked bottles.”

9:14 Then John’s disciples came to Jesus and asked, “Why do we and the Pharisees fast often, but your disciples don’t fast?” 9:15 Jesus said to them, “The wedding guests cannot mourn while the bridegroom is with them, can they? But the days are coming when the bridegroom will be taken from them, and then they will fast. 9:16 No one sews a patch of unshrunk cloth on an old garment, because the patch will pull away from the garment and the tear will be worse. 9:17 And no one pours new wine into old wineskins; otherwise the skins burst and the wine is spilled out and the skins are destroyed. Instead they put new wine into new wineskins and both are preserved.”

14 Then came to him the disciples of John, saying, Why do we and the Pharisees fast oft, but thy disciples fast not? 15 And Jesus said unto them, Can the children of the bridechamber mourn, as long as the bridegroom is with them? but the days will come, when the bridegroom shall be taken from them, and then shall they fast. 16 No man putteth a piece of new cloth unto an old garment, for that which is put in to fill it up taketh from the garment, and the rent is made worse. 17 Neither do men put new wine into old bottles: else the bottles break, and the wine runneth out, and the bottles perish: but they put new wine into new bottles, and both are preserved.