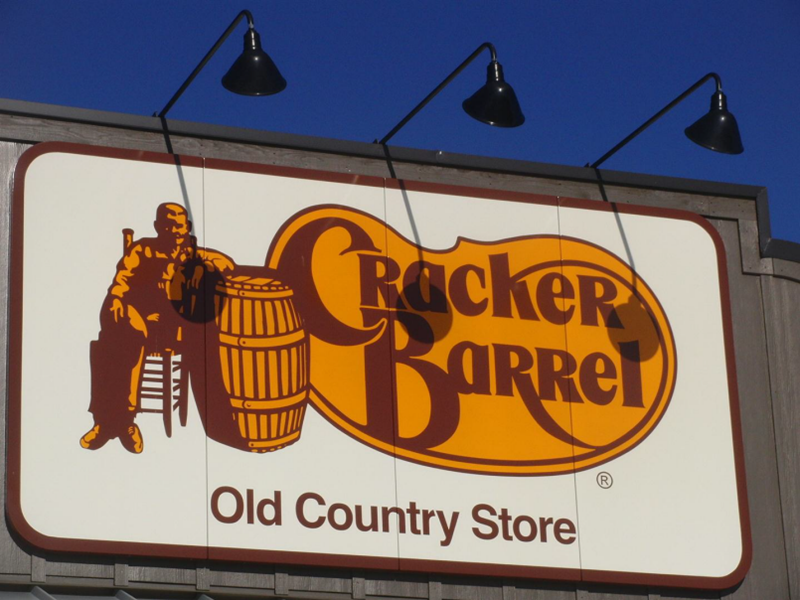 In the wake of the uproar over A&E’s suspension of Duck Dynasty’s Phil Robertson and continuing downward pressure on Americas values, Cracker Barrel restaurant announced today that “selected” Duck Commander products “which we were concerned might offend some of our guests” have been removed from their shelves.  According to a purported employee of the chain, the products removed from the restaurant’s shelves were items directly related to Phil Robertson.  According to the employee, who posted his comment on Cracker Barrel Old Country Store’s Facebook page:

“I work at Cracker Barrel and I was the one in charge of removing the stuff last night. It’s just the stuff with Phil on it. All other Duck Commander items are still there. Just his book, a keychain, a magnet, and the shirts, hats, and cups with his face or “happy happy happy” on it were removed.”

Prior to the announcement on their Facebook page, employees had contacted ABC News, saying they were instructed to pull Duck Dynasty products from the shelves on Friday – and slash prices of remaining items nearly 50-percent.

Cracker Barrel’s announcement on their Facebook page read in full:

“Cracker Barrel’s mission is Pleasing People. We operate within the ideals of fairness, mutual respect and equal treatment of all people. These ideals are the core of our corporate culture. We continue to offer Duck Commander products in our stores. We removed selected products which we were concerned might offend some of our guests while we evaluate the situation. We continually evaluate the products we offer and will continue to do so.”

“Well while you are evaluating this “Problem” I will be eating across the street….. I stand on the Bible, along with the Robertson family.”

“Dear Cracker Barrel, you have grossly misjudged your consumer base. I support Duck Commander products in support of the Robertson’s, obviously your decision making is based on A&E’s position. I will no longer eat at CB’s if your gonna be biased and judge people for who they want to be and not by what a corporation or PC leftists want them to be!”

“I will no longer patronize your store or eating establishment due to this poor lack of judgement on the company’s part.”

“Well if that’s how you want to play it…guess I’ll be removing my family from Cracker Barrel. In this country we are allowed opinions and can make our own decisions as consumers…thanks for helping me make mine!”

It is worthwhile to point out that Cracker Barrel has been embroiled in a similar controversy before. According to news reports in 1991, Cracker Barrel management, seemingly unable to comprehend the concept of “love the sinner, hate the sin”, distributed an intra-company memo calling for employees to be terminated if they did not display “normal heterosexual values”, a memo which the company’s founder, Dan Evins, later described as a mistake.  Since then, as evidenced by today’s removal of Duck Dynasty products from their shelves, Cracker Barrel has struggled to define the line between traditionally acceptable Christian morals and socially acceptable profit-motivated business practices.