Piece of Jesus’ cross may have been unearthed in Turkey 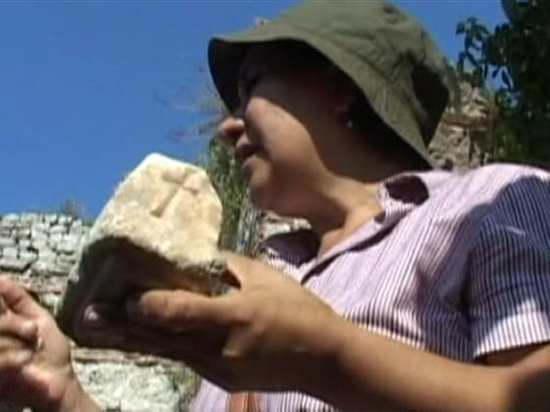 Archaeologist conducting a dig at the 1,350-year-old Balatlar Church in Turkey’s Sinop Province, have uncovered a stone chest with crosses etched in the rock, that they believe contains a piece of the wooden cross used in the crucifixion of Jesus. Turkish historians and archaeologists noted that the church was built in the year 660, during the Byzantine era, and said the stone chest served as a symbolic coffin for the relics of a holy person – and that the wooden fragments within it were associated with Jesus’ crucifixion.

“We have found a holy thing in a chest. It is a piece of a cross. This stone chest is very important to us. It has a history and is the most important artifact we have unearthed so far. The chest has been taken to a laboratory for further examination.”

According to NBC News, many such fragments may exist around the world:

“Fragments associated with Jesus’ cross were sent far and wide as relics in ancient and medieval times. In the 4th century, St. Cyril of Jerusalem said the whole world ‘has been filled with pieces of the wood of the cross.’”

Even so, it is believed that much more has yet to be found.  The Catholic Encyclopedia quotes the 19th-century French archaeologist Charles Rohault de Fleury as saying that all of the cataloged “wooden cross” relics would amount to less than a third of the wood in a 10-13-foot-high (3-4 meters) cross.